The Palestinian-born preacher, 53, was taken from prison in an armoured police van to a military airfield on the outskirts of London, where he boarded a privately chartered jet that lifted off into the night sky.

Britain was finally able to expel the father-of-five after the two governments last month formally approved a treaty guaranteeing that evidence obtained by torture would not be used against him in any retrial.

Home Secretary Theresa May said his departure proved that the government's efforts to deport him had been worth the £1.7 million ($2.7 million, two million euros) legal bill and would be "welcomed by the British public."

"This dangerous man has now been removed from our shores to face the courts in his own country," she said in a statement released seconds after Abu Qatada's plane took off.

Jordanian officials said they expected him to arrive in Amman later Sunday morning, with the flight taking around five hours, although they have not said what they will do with him when he does arrive.

British newspapers said he would be taken straight to jail near Amman.

Television pictures showed Abu Qatada dressed in a white robe as he boarded the aircraft at the RAF Northolt base in west London. He had earlier left high security Belmarsh jail in southeast London in a blue armoured police van flanked by three police cars.

Abu Qatada was condemned to death in 1999 for conspiracy to carry out terror attacks including on the American school in Amman but the sentence was immediately reduced to life imprisonment with hard labour.

In 2000, he was sentenced to 15 years for plotting to carry out terror attacks on tourists during the millennium celebrations in Jordan.

Under Jordanian law, Abu Qatada faces retrial for the offences on his return, because the original convictions were made in absentia.

The radical cleric has been in and out of British prisons since 2002, although he has never been convicted of any crime, and London has been trying to deport him since 2005.

British and European courts blocked his expulsion on the grounds that evidence might be used against him that had been obtained by torture.

But after years of legal battles his lawyers unexpectedly said in May that he would return there once the fair trial treaty was ratified by the Jordanian parliament.

"I am glad that this government's determination to see him on a plane has been vindicated and that we have at last achieved what previous governments, parliament and the British public have long called for," May said.

British Prime Minister David Cameron had previously said he would be "one of the happiest people in Britain" when Abu Qatada was finally deported.

Abu Qatada's wife and five children are expected to remain in Britain, where he first came in 1993 seeking asylum.

Born Omar Mahmud Mohammed Otman in Bethlehem in the now Israeli-occupied West Bank, Abu Qatada is a Jordanian national because the town was part of Jordan when he was born.

Videotapes of his sermons were allegedly found in the Hamburg flat of 9/11 ringleader Mohammed Atta while top Spanish judge Baltasar Garzon once branded Abu Qatada Osama bin Laden's deputy in Europe, although Abu Qatada denies ever having met the slain al-Qaeda leader.

Jordanian Salafist leader Mohammad Shalabi, who is better known as Abu Sayyaf, told AFP this week that his followers were hopeful Abu Qatada would be allowed to go home instead of returning to jail.

"God willing, he will be declared innocent after a fair and quick trial," Shalabi said.

Theresa May, the fifth successive home secretary to try to expel Abu Qatada, announced the so-called "Treaty on Mutual Legal Assistance in Criminal Matters" with Jordan in April after months of negotiations.

The treaty was then ratified by the British and Jordanian parliaments. It does not specifically mention Abu Qatada, but gives guarantees for cases like his.

Edited by Steve Wilson for telegraph.co.uk 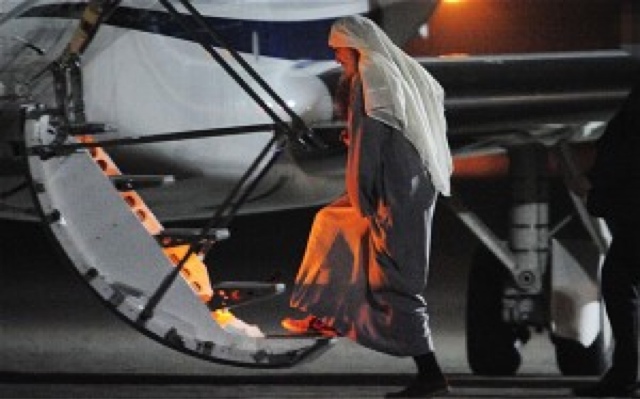 Posted by Cllr Patrick Warner at 02:06