Ministers to seize back 100 powers from Brussels

Around 100 powers are to be permanently seized from Europe in a dramatic move this week.

In the first part of efforts to renegotiate Britain’s relationship with the European Union, ministers will announce plans to claw back the powers.

Theresa May, the Home Secretary, will give MPs details of proposals to opt out of 133 EU measures covering justice, home affairs and the police — including the controversial European Arrest Warrant — by next spring.

Some of the measures that are seen to be in the national interest will then be opted back into, in a complex process, but “more than two thirds” will disappear permanently from British law, The Sunday Telegraph has learnt.

The move follows last week’s unanimous Commons vote in favour of moves to hold an “in-out” referendum on Britain’s membership of the EU by 2017.

David Cameron has promised to hold a referendum after a major diplomatic drive to redefine the terms of Britain’s relationship with the 27 other countries in the union.

Senior government sources said the announcement on the mass justice and home affairs opt-out, which is expected on Tuesday, should be seen in this context, while Tory Eurosceptics, who originally wanted all 133 measures to be dumped permanently, said that the move was an “acid test” of the Prime Minister’s renegotiation strategy.

It could also open up a new rift with the Liberal Democrats, who oppose Mr Cameron’s referendum plan.

Tuesday’s announcement will be made after months of intense internal wrangling between Tories and Lib Dems over which justice and home affairs powers should be kept and which should be permanently dropped.

Conservative ministers want to exploit Labour’s confusion over whether it will make its own referendum pledge, as well as the party’s wider difficulties surrounding the row over attempts by the Unite union, its biggest paymaster, to influence the selection of parliamentary candidates.

Other flagship coalition measures likely to appeal to Conservative supporters will be spelt out in detail this week — including the new curriculum for five- to 14-year-olds that will see Winston Churchill restored to history lessons and plans for the privatisation of Royal Mail.

Mrs May is expected to tell MPs that the process of opting out of the EU’s justice and home affairs measures by the end of May 2014 — as Britain is entitled to do under the terms of the 2009 Lisbon Treaty — will be followed by a process of opting back into some laws that it is in the national interest to retain.

The most controversial is the European Arrest Warrant, which senior Conservative sources say gives rise to “concerns” — including the fact that Britain currently hands over many more suspects to other countries than it receives to face justice here.

Other concerns include the length of time suspects can be held without trial in some other EU countries and the apparently trivial offences for which British police are asked to arrest people so that they can be sent abroad.

Ministers have been pressing for the warrant to be “reformed”, amid signs that it could be one of the measures that is eventually retained. The Lib Dems are key supporters of the warrant.

Other measures among the scores from which Britain is expected to opt out include DNA profiling and fingerprint checking, some co-operation on cross-border crimes and plans for an EU-wide driving ban.

One plan Britain is particularly keen not to be part of is that of a European-wide public prosecutor with sweeping powers of investigation and arrest across member states.

Although some laws will remain after the “opt back in” process, Conservative sources welcomed the symbolism of the announcement of a major opt-out of EU powers just days after plans for an in/out referendum got a 304-vote unanimous backing in the Commons.

Dominic Raab, a Conservative MP, said: “This is a crucial opportunity to put British law enforcement ahead of Brussels’ thirst for political control and an acid test for the wider Conservative strategy of renegotiating terms with the EU.” 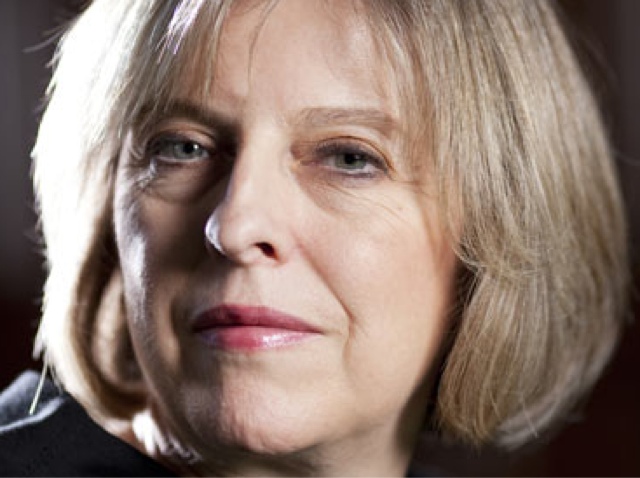 Posted by Cllr Patrick Warner at 02:01