Residents of Sovereign Harbour have long been concerned about how money raised from the Harbour Charge is spent. Currently the two largest proportions of the money raised are divided between the Environment Agency and Premier Marinas with the smaller remaining portion being spent on administering the charge to residents via Sovereign Harbour Sea Defences CIC (formerly Sovereign Harbour Trust).
I was invited to join the board in 2011 and took up this offer (which is not related formally to my role as one of your local Councillors), in order to give residents a voice on the board and gain a better understanding of how it works. I have consistently used this platform to call for more transparency and have also supported calls for Sovereign Harbour Residents Association to be offered the chance to nominate a further Director, effectively doubling resident representation on the board. I would furthermore like to confirm that whilst Directors are permitted to claim a small allowance to cover their time and travel costs to meetings, I have chosen not to claim this preferring to see this as a further opportunity to put something back into the community in which I live.
One of the things that frustrates me most is the way the agreement was drafted and I believe that whilst Eastbourne Borough Council fulfilled its statutory obligations as the local Planning Authority in permitting the development of the Harbour, in common with the loose conditions which have permitted huge volumes of residential properties without community facilities, it should have accepted a moral duty to ensure that any agreement formed to collect a charge to maintain sea defences, was drafted in such a way that this charge was applied fairly amongst residents who benefit from the work and that revisions to future charges was able to be scrutinised properly.
Since I and my fellow colleagues Cllr Philip Ede and Cllr Gordon Jenkins were elected in 2011, we have worked hard with the current Council Officer team, County Councillor David Elkin, landowners and developers to rectify the situation with regard to community facilities. The Master Plan process, whilst not yet delivered, demonstrates this commitment and will deliver only minimal further residential development along with a Community Centre, further Restaurants, Bars, Shops, public open spaces, a bus link which will lead to an improved bus service and the creation of a Business Park to boost jobs and the creation of businesses on the area.
However, the recent further increase in the Harbour Charge, dictated by Premier Marinas demonstrates that there is still much more to do. We must reach a point where residents can see fairness applied to the charge made for maintaining our sea defences. We must be confident that any further money being used by the Marina Company is of benefit to residents and not as is perceived by some, being used to subsidise a commercial business. Whether this agreement continues to run until it ends, or is renegotiated early for any reason, I believe that any future changes must be seen to embody fairness so I have tabled a motion that will if supported by all members of the council, lead to officers working up proposals and advice on how this can best be achieved.
The motion reads:
'This Council accepts that residents have every right to feel that they were failed from the outset and for them to consider that fairness was not at the heart of the agreement which sees a charge put on Harbour residents alone to maintain sea defences. Furthermore, members will instruct officers to look into how best this council can contribute to righting the historic wrongs and ensure that fairness is at the heart of any new agreement in future'.
See my You Tube introduction to the motion here: http://youtu.be/W_lI-zwQYUY
Fellow Ward Councillor and Harbour resident, Cllr Philip Ede will be seconding the motion and Sovereign Harbour Residents Association will have a Committee representative speaking in favour of the motion at the meeting. Residents and members of the public are welcome to attend and have the opportunity to address members as well. If you would like to speak you need to make your request known to the Democracy Team by emailing them at localdemocracy@eastbourne.gov.uk no later than midday on Monday 17th February.
Following the recent extreme weather it is clear from the pictures below that our coastline requires constant maintenance to ensure that our homes remain safe and it is my belief that most reasonable people don't mind contributing to that maintenance provided the charges we pay are seen to be fair. I hope very much that this motion if passed will lead to greater fairness for residents.
Cllr Patrick Warner
Conservative Member for Sovereign Ward
& Chairman of Scrutiny
Eastbourne Borough Council 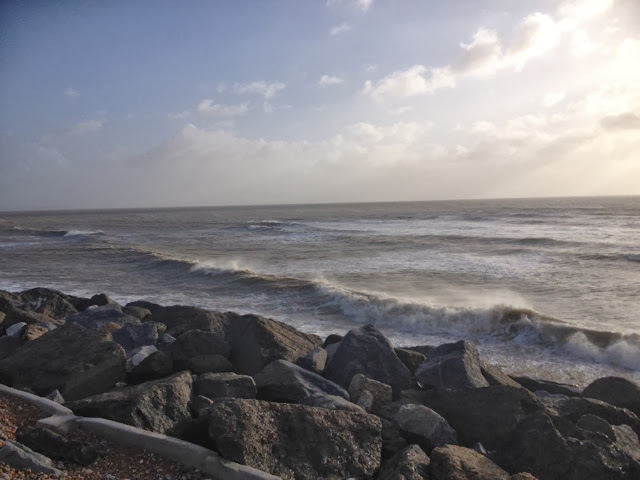 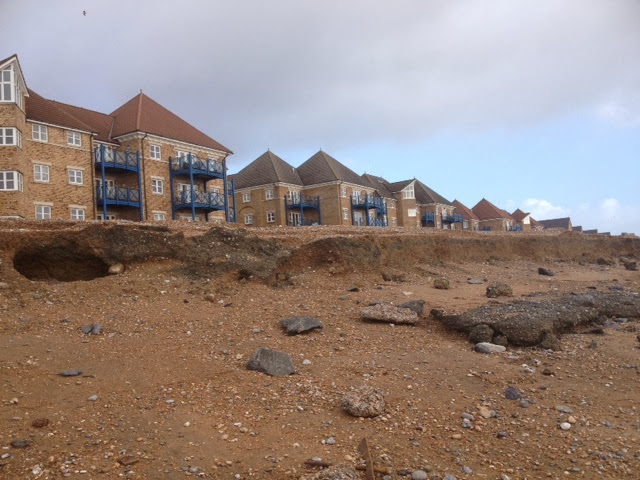 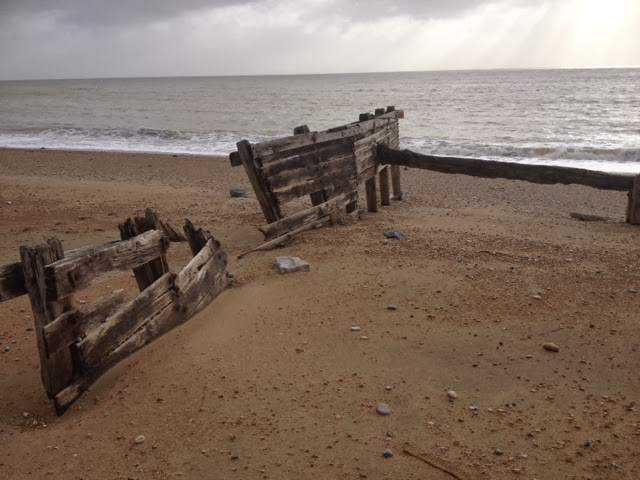 Posted by Cllr Patrick Warner at 08:56