Net immigration now down by over a third

We believe that Britain needs an immigration system which works in our national interest, that’s why we are fixing the broken system left behind by Labour.

The latest figures from the independent Office for National Statistics show that net immigration has fallen by more than a third since the general election. Immigration is now at its lowest level for a decade. Instead of the uncontrolled immigration we saw under Labour, we are bringing the numbers down.

At the same time as we cut out abuse of the system, we are encouraging the brightest and best migrants who make a real contribution to our country. More genuine students are coming to our world-class universities and more highly skilled workers are receiving visas, helping Britain to compete in the global race for economic success.

Ed Miliband and Labour have opposed every single step we’ve taken to fix the immigration system. A Labour government would throw all our progress away. 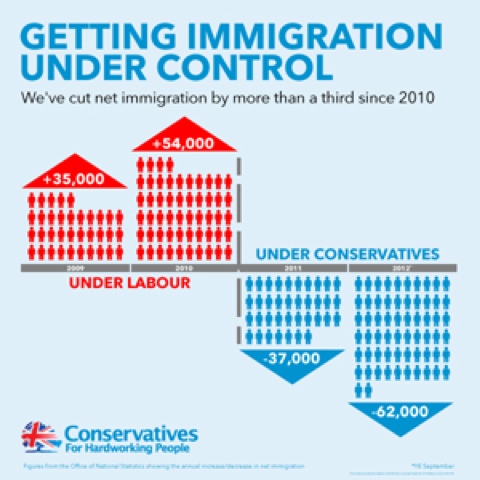 Posted by Cllr Patrick Warner at 08:39