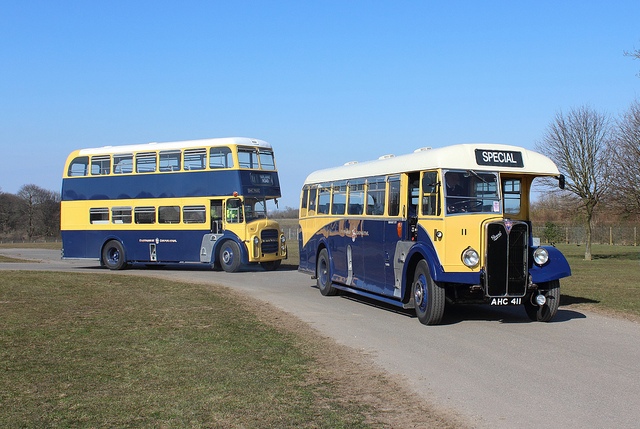 Most who know me, know that I'm a bit of a petrol head and whilst this tends to revolve mainly around classic and modern British brands of cars, I also enjoy an occasional ride through our green and pleasant countryside on a steam train and the views you only tend to find from the top deck of a bus.

Recently when meeting with the Commercial Director of Stagecoach South East to discuss bus services in Sovereign Harbour on behalf of my constituents I was very pleased to be shown around the Birch Road workshops at the end of our meeting to discover two freshly restored classic Eastbourne Buses. The 1950 single deck AEC Regal had had to have a small number of mechanical components reproduced in order to breathe new life into it and my personal favourite and a rear platform entranced 1967 Leyland Titan PD2A double decker has had extensive bodywork restoration and interior refurbishment.

The Regal rejoined the old Eastbourne Buses fleet in the 1990's during the late David Howard's era as Managing Director and was lovingly restored and preserved for use on special occasions. An interesting family connection with this bus is that my Stepmother used to catch this bus to school from Black Robin Farm on Beachy Head where she grew up.

The Titan served Eastbourne residents continuously from manufacture by East Lancashire coach works in 1967 until the bodywork and structural underpinnings became so weakened by the sea air that major restoration work became essential in the mid-noughties. I was Chairman of the bus company between 2004 and 2007 as part of my council responsibilities and during this time, former Managing Director, Steve Barnett was successful in negotiating with East Lancs to take the bus back to the factory as a project which saw their apprentices carry out extensive restoration to the chassis, structure and bodywork in return for regular promotional use of the finished bus. This prevented the bus from being scrapped or facing an uncertain future in private preservation whilst enabling it to remain in ownership and use on special occasions by Eastbourne Buses without it becoming an unaffordable financial drain on the company.

By 2008, my successor as Chairman went on to sell Eastbourne Buses to Stagecoach and East Lancs was merged with rival bus builder, Optare. In the intervening period the Titan was returned to Stagecoach with most of the bodywork restoration completed. Stagecoach then arranged for a full repaint in the historic Navy Blue, Primrose Yellow and Cream Eastbourne Corporation livery along with replacement interior panelling and re trimming of the 68 seats - and what a splendid job they have done too!

Both of these classic buses have been returned to the road in time to celebrate the 110th anniversary of motor bus operation in Eastbourne and this milestone was reached in April. Stagecoach Eastbourne and the former Eastbourne Buses are successors to the oldest municipal motor omnibus operation in the world and to celebrate this fantastic achievement and to provide a unique visitor attraction in our wonderful town, Stagecoach are operating classic bus service 110 from the Sovereign Centre at the eastern end of the seafront along the front past The Pier into the Town Centre and around the cultural quarter which boasts the Devonshire Park complex, theatres, Winter Gardens and Towner Art Gallery between the 30th June and the 5th September.
Residents can also expect brief appearances with crew operation on regular services if there are no spare modern buses available as my constituents in Sovereign Harbour were treated to on May 13th when buses operating service 51 between Eastbourne and Tunbridge Wells were held up following a multi-vehicle accident on the A267.
You can get more information about the classic bus service 110 by clicking on the following link: 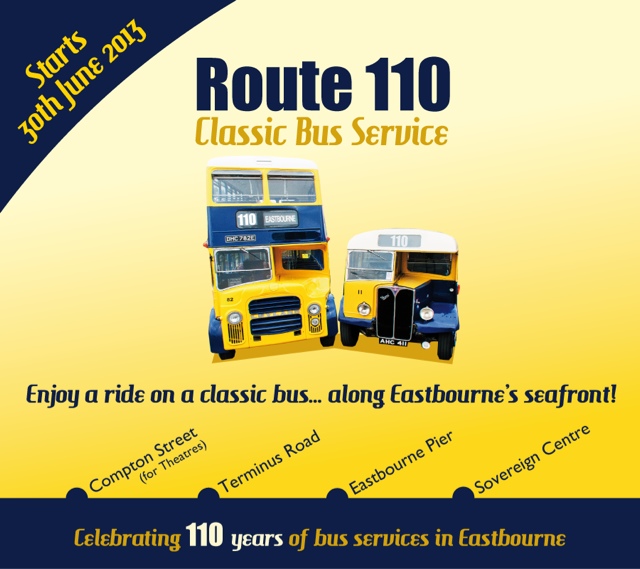 Posted by Cllr Patrick Warner at 01:36