Campaign to #upgradeA27now off to a good start!

Last night, members on both sides of the Chamber in Eastbourne Borough Council did something that does not happen very often. My motion which reads; 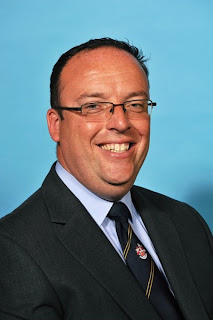 “This Council calls on Her Majesty’s Government to unlock the potential of Eastbourne and the surrounding area by upgrading the A27 between Polegate and Beddingham”
recieved unanimous support and was seconded by the Lib-Dem Leader of the Council with most members speaking in favour from the various different view points.

This is a great start but we still face a huge uphill task to make this much needed improvement become a reality. Over the coming weeks and months I intend to visit neighbouring Parish, Town, Borough and District Council's along with our own County Council to ask them to support the campaign. I believe it is only by building a big coalition across the whole area of all political parties and none, that we stand a chance of being successful.

I will be asking prominent public figures from business, voluntary and public sectors to support the campaign and I have today received notification that my request to start an online e-petition to lobby Government has been successful. If we can get 100,000 signatures to this e-petition, it will be considered for a debate in the House of Commons which would really raise the profile of this important campaign. You can add your support to this petition by clicking on the following link:

Posted by Cllr Patrick Warner at 02:56