Why Britain is a top super power

After staging an inspiring Olympic Games, producing the world’s best-loved spy and our singers topping global charts, Britain can now claim to be the most powerful nation on earth.

According to a survey published today, when it comes to “soft power” Britons project more positive influence around the world than any other nation.

This is the first time Britain has beaten the US to the top spot in the annual survey of global soft power – a term used to describe how countries use attraction and persuasion, rather than coercion or payment, to change behaviour.

Nations are ranked according to their standard of government, diplomatic infrastructure, cultural output, capacity for education and appeal to business.
With the stunning scenes from the Diamond Jubilee and amazing opening ceremonies at the Olympic and Paralympic Games boosting our cultural influence, plus the latest James Bond movie set to be one of the biggest UK films of all time, 2012 has been a perfect example of how Britain can shine.
The table, which has Britain, the US, Germany, France and Sweden in the top five spots among 30 nations, is calculated using 50 factors that indicate the use of soft power.

This can include how many Olympic medals a country wins, the number of cultural missions it is involved in, the quality of its food and business brands.
Tyler Brule, editor-in-chief of Monocle magazine which publishes the Global Soft Power survey, said: “We’re in a time right now where, more than ever, it’s not particularly fashionable to go out and write massive cheques to get your way in the world.

“Armed conflict has never been less fashionable and if you’re able to effect change because you present yourself as an attractive nation to befriend and engage with, that can only be positive.
“It’s about the rules of attraction and what makes a nation the most attractive in the room.”

Mr Brule said the third annual survey showed how Britain hosting the Olympic Games had boosted its ratings among other nations and managed to boot the US into second place. He added: “There’s been a fantastic momentum in Britain this year. And at Monocle we’re the biggest critics of this place, too.

“This is a good example of where you can’t deny the Olympics were very important, from a global promoting point of view this year. People even felt good about the Union Jack. There was something happening this side of the Atlantic that sucked the wind out of (America’s) sails.”

Danny Boyle, director of the Olympics opening ceremony in July, received global acclaim for his inspiring showcase of British life.

And tourism benefited from Royal family supporters who flocked to the UK to take part in several of the nationwide Diamond Jubilee events. Britain has also been dominant culturally with Skyfall, Daniel Craig’s latest outing as James Bond, set to earn £600million at the box office. Singer Adele also won six Grammy awards.

Allyson Stewart-Allen, an international marketing expert for the UK and US, said Britain had got it right this year with how it branded itself culturally but it needed to maintain this influence. She said: “We need to ride the wave while we can. The country needs to exert this influence and invest in its cultural diplomacy.”

Germany moved into third place on the list while South Korea went from 14th to 11th. China dropped two spots to 22nd. 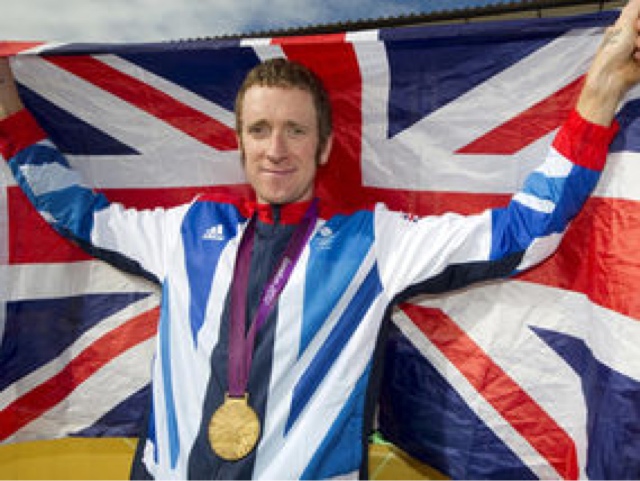 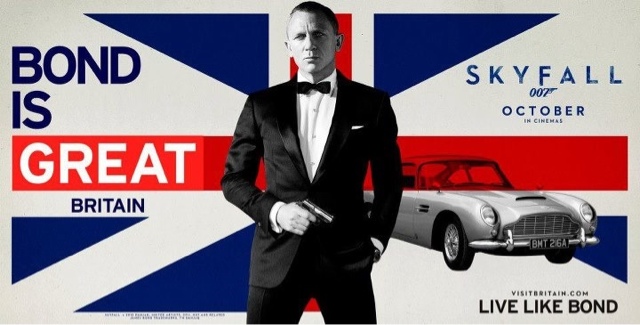 Posted by Cllr Patrick Warner at 22:55