Jeremy Hunt: The four improvements I want to see in the NHS by 2015

Jeremy Hunt is the Member of Parliament for South West Surrey and Secretary of State for Health.

I have now been Health Secretary for just over two months. I said when I was appointed that it was the biggest privilege of my life. The remarkable people I have met working for the NHS makes me think I was right. I am a strong supporter of Andrew Lansley's reforms, which will unlock ideas, energy and enthusiasm at the NHS front line. But there are other things that need doing too, and I have identified four key priorities to focus on as Health Secretary.

So how do I want the NHS to change for the better between now and the general election?

Improve the standard of care throughout the system. Last week's CQC report was sober reading. 10% of health and social care institutions inspected fail to offer basic dignity and care. We need a system where quality of care is considered as important as quality of treatment. Much of the system gets this right and I have seen some brilliant things in my short time in office - but Mid Staffs, Winterbourne View, Morecambe Bay, James Paget, East Surrey...there are too many examples of places where this has not happened. We need more accountability from managers, better training, tougher inspections and more attention paid to what patients say.
Bring the technology revolution to the NHS. The way we use technology has profoundly changed society. But the NHS has not kept pace. Patients, especially those with long term conditions like diabetes, want more joined-up care and much of the solution is in better use and sharing of information. We don’t need a top-down, multi-billion pound programme to do this - but Labour's failure to deliver must not mean the NHS puts its head in the sand with respect to technology. We do need the kind of common sense that begins to knit local IT systems together so that when an ambulance is called for a frail older person, the paramedics know in advance if they have dementia. Or so that community health staff get an alert when a diabetes patient hasn’t had a home visit for a long time.
Radically improve treatment and care of dementia. There are 670,000 people with dementia in England today – and that figure is going to double within 30 years. For far too long, people with dementia and their carers have not received the care and support they deserve. With our ageing population that must change. More early diagnosis, better research and better support for carers are essential if the NHS is to offer decent, humane support in line with its founding values.
Improve mortality rates for the big killer diseases to be the best in Europe. One of the most basic elements of a good health system is how well it helps people get better, yet we languish in the lower half of the European league tables for cancer survival rates, respiratory and many other diseases. We should be the best - and if we were 20,000 lives would be saved every year. I want the NHS to make measurable progress towards this goal over the next 3 years.
A lot of this is a big ask when there are so many other pressures on the system. But if we don't aim to be the best in the world, we never will be and I want nothing less from our NHS. 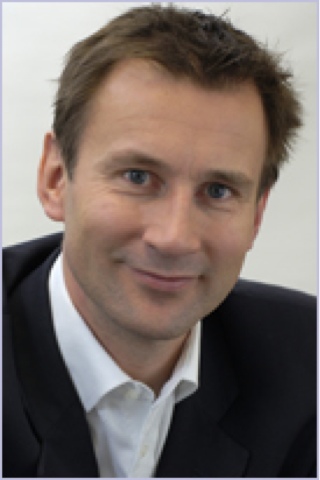