Rudyard Kipling was a better economist that Gordon Brown

If by Rudyard Kipling probably isn’t taught in many schools these days, but it ought to be. Consider the truth packed into just two short lines from the poem:
Much more than a simple encouragement to take life’s ups-and-downs in one’s stride, it is a recognition that disruptive events are unpredictable (though inevitable) and that what makes one grow as an individual (“you'll be a Man, my son!”) is not some vain attempt to control such uncertainties, but our willingness to adapt to and learn from them.

It is a philosophy that was brought bang up-to-date by Nassim Nicholas Taleb in his international bestseller, The Black Swan – which exposed the complacency and arrogance that led to our current economic predicament.

Writing in the Wall Street Journal, he develops his thinking:
In the English language there is no word for the ability to gain from unexpected events, so Taleb invents one of his own: “antifragility”:
Taleb argues that the attempt to eliminate uncertainty in the economic realm can also have disastrous consequences: 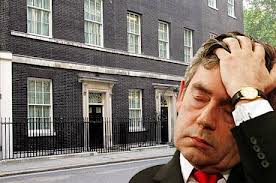 Debt has its uses, of course, but it also tempts us to deny reality, evade responsibility and put-off the inevitable. This applies to individuals, but also to entire nations. In misusing debt to abolish boom and bust (“Triumph and Disaster”) Gordon Brown and Alan Greenspan only succeeded in turning disruption into devastation.
Posted by Cllr Patrick Warner at 04:02