Boris Johnson: We must be ready to leave the EU if we don’t get what we want

There are pros and cons to staying in Europe – and it’s time to talk about them, says Boris Johnson

As a British diplomat once languidly observed, the trouble with the whole debate on Europe is that there is too much religion and not enough politics. It is like the feud in the early Christian Church between those who believed that Christ was of the same substance as the Father, and those who said He was of a similar but not identical substance. Was He homoousios or homoiousios? You might say it didn’t make an iota of difference – and yet that iota was the cause of strife that cost thousands of lives.

It is like the dispute between the Big Enders and the Little Enders about the best way of cracking an egg. The technicalities of the question recede in importance – and yet the factions grow louder on either side, fuelled with mutual suspicion, and the rights and wrongs are lost in the splendours of the civil war.

As it happens, I think the question of EU membership is no longer of key importance to the destiny of this country. We are not members of the euro, a misbegotten scheme that we tried vainly and rightly to strangle at birth. As the leaders of the EU devote more and more of their time and energy to the single currency and its problems, we cannot honestly claim to be “at the heart of Europe”. The Prime Minister is absolutely right, in this context, to go for a new and more mature relationship with our friends and partners. He is going to try to boil it all down to free trade and political cooperation – and then he is going to put it to a vote.

David Cameron is therefore the only leader of a major political party to be asking the British people to have a say on Europe, and for the first time since 1975. He has my full support, and I personally back legislation now to make sure that referendum goes ahead. It will be a good thing for everyone, because we will all have to focus not on the feud – so toxic, so delicious, so gloriously fratricidal – but on what is actually right for the country; on the nuts and bolts of what we are trying to achieve. We are all going to have to wrap that cold towel round our heads and ask: do I want in or out? And why? Let’s try to weight it up, as fairly as we can. Here are my first few thoughts on why a rational person might consider staying in the EU.

1 Foreign direct investment. There may be a risk (though this is far from proven) that international companies and funds could be put off from investing in the UK by the notion that Britain has somehow cut itself off from a giant European market.

2 Widgets. We may be putting UK firms at a long-term disadvantage if we are no longer able to influence the setting of standards and regulations in Brussels. There may be a risk, if we leave, that our partners would be so piqued and irrational as to try to stitch things up against us.

3 Global influence. The EU is arguably better placed to strike trade deals with the US, or China, than the UK on its own, though this proposition is plainly untested, and the idea of an EU “Common Foreign Policy” is plainly a joke. Where was the EU on Iraq, or Libya? What, come to that, is the EU position on the Falklands?

4 Perception of UK. It is often said that our strategic significance for the Americans or the Chinese depends on our membership of the EU; though, again, this is untested. More generally, there is a risk that leaving the EU will be globally interpreted as a narrow, xenophobic, backward-looking thing to do.

There may be other good reasons for staying in, but I can’t think of them now. On the other side of the ledger let us consider the advantages of getting out.

1 We save money. We would no longer have to cough up for the EU budget, and could spend those billions in the UK.

2 We get back our sovereignty – especially over our borders, where we would no longer be in the mad position of being forced to extend our entire welfare system to anyone from Bulgaria or Romania, while keeping out lucrative Chinese tourists to achieve immigration caps.

3 We make our own laws again. We would no longer be forced to accept the vast corpus of EU regulation and legislation – much of it too detailed and interfering – that has added to the costs of British business; though we would also find ourselves being forced to comply, thanks to the sheer lunar pull of the EU market, if we want to continue to export to Europe.

4 We can no longer blame Brussels. This is perhaps the most important point of all. If we left the EU, we would end this sterile debate, and we would have to recognise that most of our problems are not caused by “Bwussels”, but by chronic British short-termism, inadequate management, sloth, low skills, a culture of easy gratification and under-investment in both human and physical capital and infrastructure.

Why are we still, person for person, so much less productive than the Germans? That is now a question more than a century old, and the answer has nothing to do with the EU. In or out of the EU, we must have a clear vision of how we are going to be competitive in a global economy. In the meantime, we need a much more informed debate about the pluses and minuses of EU membership, and my economic adviser Gerard Lyons will be leading an attempt to blow away the froth and give people the facts.

This renegotiation can only work if we understand clearly what we want to achieve: a pared-down relationship based on free trade and cooperation. And our partners will only take us seriously if they think we will invoke Article 50, and pull out, if we fail to get what we want. If we are going to have any chance of success in the negotiations, we need to show that the UK is willing to walk away. 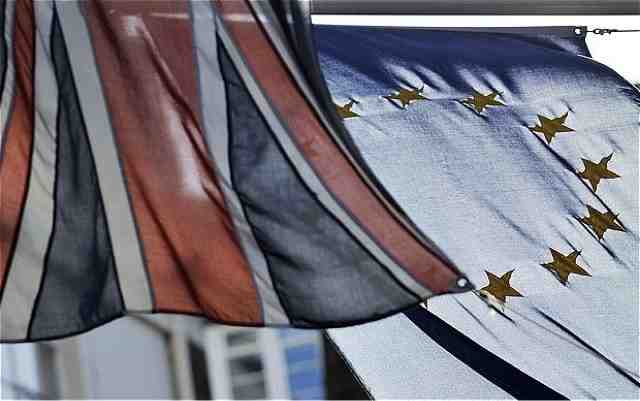