Cllr Philip Ede has represented Sovereign Ward on Eastbourne Borough Council since 2011 and has joined the Shadow Cabinet Team this year, taking on the Tourism, Recreational & Commercial Services portfolio. His opposite number is former Lib-Dem Mayor, Caroline Heaps.
Following his appointment this week, Philip said:
“I am very pleased to be given shadow cabinet responsibility for scrutinising how the current administration formulate and implement strategies for promoting Eastbourne as a tourism destination and for sustaining the attractions that bring people here.
Tourism employs approximately 7,500 people in Eastbourne and generates an estimated 346 million pounds each year for the town’s economy, so it is of central importance that everything that can be done should be done, not only to ensure this is sustained but that Eastbourne’s unfulfilled potential is unlocked. This town really could be the best quality destination in Southern England right across the board for those in search of relaxation and a good time in a quality environment.
The administration insist that it already is, but truthfully there is room for improvement and a strong case for backing visionary thinking when the very able team of officials at EBC Tourism and Leisure venture to suggest such improvements. Where the administration fails to act on good advice I shall want to know why.” 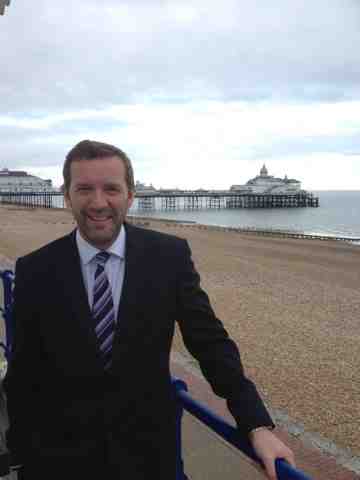 Posted by Cllr Patrick Warner at 02:00