Britain’s economic problems would not be solved by simply leaving the European Union, Boris Johnson warns.

This country’s workers are plagued by “sloth” and under-perform compared with their foreign rivals, says the London Mayor.

Writing for The Daily Telegraph, he says that if Britain left the EU, “we would have to recognise that most of our problems are not caused” by Brussels.

However, the London Mayor claims the “question of EU membership is no longer of key importance to the destiny of this country”. The political row risks overshadowing more important weaknesses in the economy.

He suggests that the British workforce suffers from “sloth” and that there is a “culture of easy gratification and under-investment” from firms.

David Cameron pledged earlier this year that he would hold a referendum by 2018 if he is re-elected as Prime Minister in 2015. However, many Conservative MPs want the Prime Minister to go further and now write the pledge into law – a proposal being blocked by the Liberal Democrats.

More than 100 Conservative MPs are set to support a Parliamentary amendment which effectively criticises the Queen’s Speech for failing to legislate for the referendum. A key vote on the amendment is expected to be held this week.

Last week, Downing Street insisted Mr Cameron was “relaxed” about the amendment but ministers have now been ordered to abstain from any vote.

In his article today, Mr Johnson says that he supports legislation backing a referendum – but warns that Britain’s problems will not be solved by simply leaving the EU as many of his Conservative colleagues apparently believe.

“If we left the EU, we would end this sterile debate, and we would have to recognise that most of our problems are not caused by “Bwussels”, but by chronic British short-termism, inadequate management, sloth, low skills, a culture of easy gratification and underinvestment in both human and physical capital and infrastructure,” the London Mayor says.

“Why are we still, person for person, so much less productive than the Germans? That is now a question more than a century old, and the answer is nothing to do with the EU. In or out of the EU, we must have a clear vision of how we are going to be competitive in a global economy.”

Mr Johnson sets out four reasons to stay in the EU and four reasons to leave but welcomes Mr Cameron’s pledge to renegotiate the country’s relationship. He says that he has asked his economic adviser to “blow away the froth and give people the facts” on the pros and cons of membership.

However, he concludes his article by saying: “This renegotiation can only work if we understand clearly what we want to achieve: a pared down relationship based on free trade and cooperation. And our partners will only take us seriously if they think we will invoke Article 50, and pull out, if we fail to get what we want.”

The Government is currently reviewing policy in different Whitehall departments to separate EU-derived legislation from that originating in this country. It is understood that the “balance of competencies review” has already discovered that many rules and regulations blamed on Brussels are actually a result of “gold plating” by Whitehall mandarins.

The London Mayor’s intervention comes after senior serving Government ministers confirmed that they would vote to leave the EU if there was a referendum now.

Mr Gove, the Education Secretary, said: “Yes [I would vote to leave in a referendum today], I’m not happy with our position in the European Union, but my preference is for a change in Britain’s relationship with the European Union. My ideal is exactly what the majority of the British public’s ideal is, which is to recognise the current situation is no good, to say that life outside would be perfectly tolerable, we could contemplate it, there would be certain advantages.”

Mr Hammond, the Defence Secretary, said that he would also support leaving the EU without significant renegotiation of Britain’s membership.

Several other ministers including Chris Grayling, Iain Duncan Smith and Owen Paterson are also thought to share this view.

The Prime Minister has refused to state how he personally would vote in a referendum if there was not a “significant” renegotiation of Britain’s EU membership – instead stressing that he is confident of repatriating many powers.

Today, other senior Cabinet ministers also avoided answering questions on how they would vote in a referendum held now.

However, Theresa May, the Home Secretary said she was sympathetic to demands for the future referendum to be recognised in law.

“I’ve got sympathy with those who want a level of reassurance about what’s going to happen after the next election on an in/out referendum,” she said. “But what people will see at the next election is that there’s only one mainstream party that recognises, as the public do, that we need to change our relationship with Europe and with the European Court of Human Rights.” 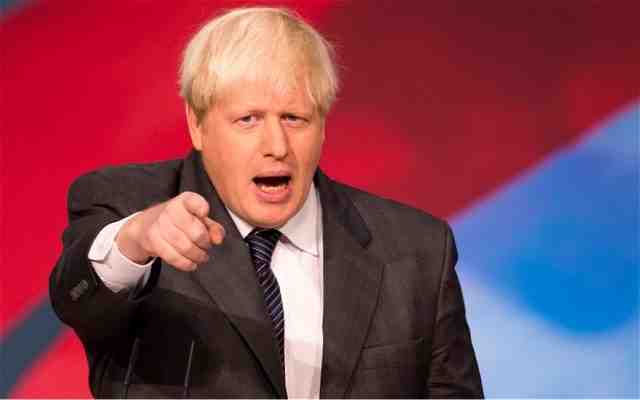 Posted by Cllr Patrick Warner at 14:52