Martin Callanan MEP: European leaders think that a corner has been turned — it hasn't 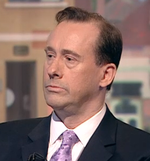 After what has been a relatively quiet summer compared to recent years, the ‘crisis’ returned with a vengeance before Eurozone leaders’ tans had even begun to fade.

Once again, it was the European Central Bank that would step in with another measure to buy time and prolong the really difficult decisions. Previously, the ECB had created some breathing space in this crisis by what it called a LTRO – Long Term Refinancing Operation. Essentially, the ECB gave financial institutions loans at a one percent interest rate, in the hope that they would use the money to buy up government bonds and release the pressure valve.

The markets liked it, and for a short while, yields dropped. When they returned to unsustainable highs a few months later, the ECB did exactly the same thing: LTRO2. Unfortunately, the temporary nature of the action was far from sufficient for the markets and pretty soon we saw pressure rising again in Italy and Spain.

Aware that LTRO3 would be an incredibly expensive way of staving off the inevitable for a few more weeks, the ECB finally decided to move towards more direct intervention, with the ECB itself able to buy up bonds on the secondary markets, but with more strings attached than a Thunderbirds puppet.

This move is by no means a panacea. It is another way of moving debt from one balance sheet to the ECB’s. Eventually Europe is going to have to deal with the underlying cause of the crisis. However, for the time being at least, the move has kept the markets relatively satisfied.
So, in this context, we have already begun to see a certain arrogance amongst our leaders, as if a corner has been turned and this is now the beginning of the end for the crisis. As a great man once said, it is 'perhaps, the end of the beginning.’ Believing they have breathing space, the EU is using this time to plan some of the new architecture of the Eurozone, and a new banking union.

The Banking Union proposals were unveiled last week. Although national regulators within the Eurozone would still have day-to-day control over their banks, the Banking Union would give ultimate control to the ECB on major decisions such as whether to wind up a bank. To the chagrin of Germany, the proposals would see all Eurozone banks brought under the control of the ECB, not just the major ones. Germany, with a number of small banks, is understandably concerned. The commission’s rationale is that one small bank does not pose systemic risk, but in Spain, a number of small banks going under did.

Last Friday, EU finance ministers met to discuss the proposals. I understand that there were many objections raised, not just from Germany, but from other non-euro nations such as Sweden and Poland who may opt in as well. From the UK perspective, our government says it remains vigilant to ensure that the Banking Union does not encroach on the EU Single Market. I have to say that I am highly sceptical about the proposals, but even more sceptical about whether they will survive the machinations of the Council of Ministers without serious change.

The Banking Union was announced formally at Commission President Barroso’s State of the Union speech. He came up with the idea three years ago as a way of launching the commission’s work for the next year.

I listened carefully to what President Barroso was saying. To be honest, it was incredibly thin on substance. The Banking Union proposals were widely leaked beforehand and the only other non-rhetorical proposal was aimed at giving pan-European political parties a separate legal status and the ability to field a candidate for President Barroso’s successor as commission president. As it stands, the position is filled by national governments and confirmed by a vote of the European Parliament.
On balance, I don’t think it’s a good idea. The EU has two elected bodies: the parliament, and the council of ministers (well, most of them are elected). If the commission president has a ‘mandate’ from the people, it will surely turn the commission into even more of a political body than at present. The President of the Commission should be accountable to national governments and to MEPs (in that order). If he or she is directly elected (no doubt on a dismal turnout) then we move another step along the route towards a federal Europe.

The speech was high on rhetoric and vacuous crowd pleasers. The most notable call was for the EU to become a ‘federation’. As Vicky Ford tweeted, the whole thing sounded like something out of a Star Trek movie, but it was far from a great surprise that Barroso wants to see further European integration.

In my speech, I told President Barroso that the direction in which the EU was headed was going to lead to sclerotic markets, angry voters and terminal decline. Proudly wearing my Mitt Romney badge I said that we needed to adopt a new agenda of small government, free markets, deregulation, and an EU that does less and does it better.

My colleague Marina Yannakoudakis also intervened in my speech to ask whether EU plans for levelling a quota for women in the boardroom were exactly the kind of well-intentioned but meddlesome, choice-destroying, job-killing EU law that is driving our decline. Perhaps unsurprisingly I agreed with her that this is a decision best made by national governments. Incidentally, earlier this week a coalition of governments – led by ours – signalled that it would kill off any proposals that are made.

Other group leaders had mixed feelings about Barroso’s Federation call. For the most part, the parliamentary group leaders were disappointed. The Liberal Democrats’ group leader, Guy Verhofstadt, was very upset by Barroso's use of the term ‘Federation of nation states’ . Instead he wanted a fully-fledged federalism aimed at creating a European nation state. The LibDems did not disagree with him.

Elsewhere on the agenda we had votes on several key pieces of legislation, including the Energy Efficiency directive. Initially this directive would have set prescriptive top-down targets that would simply have forced industry out of Europe and prescribed the same solutions to all 27 member states regardless of their climate. Instead, thanks largely to some excellent negotiation by my colleague Vicky Ford, the directive was made far more practical by doing away with top down targets and giving significantly more latitude for national governments to take measures appropriate to their markets.

I don’t think many people could disagree that encouraging greater energy efficiency is beneficial, particularly with rising fuel prices.

Unfortunately, the commission is about to make it harder for people to kit out their houses with energy-saving products such as insulation. This is because the UK currently operates a ‘reduced rate’ of VAT on energy-saving products, meaning they only incur a five percent rate. However, as VAT is governed at the EU level, items must be explicitly listed in the annex to the VAT directive before they become eligible. Energy-saving products are not.

So, as one half of the commission was preaching energy efficiency, another was threatening to take the UK to court for trying to make insulation a little cheaper. You couldn’t make it up! Thankfully, the UK Government has made it clear that it will challenge the decision in the European Court of Justice. It will be for the judges to make a decision on whether the law is on the government’s side but I think we’d all agree that they clearly have the strongest case in the court of common sense and public opinion.

The Luxembourg Green rapporteur (the MEP who steered the legislation through) was on the new BBC Europe Politics show on Friday, clearly very pleased with his accomplishment. Andrew Neil told him to go off and celebrate with a glass of carrot juice. The highlight of my week!.

Another big reform moving through the legislative mill regards the much-loathed Common Fisheries Policy. I have long been of the belief that our fish stocks have been decimated by the CFP, and the last EU fisheries commissioner himself admitted that the policy had been a failure. Clipboard inspectors in Brussels and late night ministerial meetings have made decisions about our fisheries for too long. It’s time they were made using science and local information on the ground. Personally, if I were the Prime Minister, I’d withdraw from the CFP, but in the meantime we will strive to improve the CFP as much as we can.

I was also pleased to see my colleague Saj Karim’s report adopted on Better Legislation. It wasn’t a legislative report but it does set out a number of areas in which the commission can produce less burdensome laws. I’ve always been of the view that in most cases the best kind of regulation is no regulation at all. But if we must have legislation then it’s important that there are clear principles laid down to follow. Saj’s report, which was adopted by a large majority, calls on the commission to automatically exempt small businesses from legislation unless there is proof they should be included. It also calls for a ‘one-in, one-out’ rule for any new legislation, and a generally lower burden of legislation altogether.

I’ll wind up my Strasbourg diary with a short word on Strasbourg itself. You may recall that South West Conservative MEP Ashley Fox was able to secure a majority for an amendment to the parliament’s calendar, essentially meaning that we only have to make 11 trips to Strasbourg this year, instead of 12. MEPs are required by treaty to hold 12 sessions per year in Strasbourg but we usually go twice in one month after the summer in order to make up the month when we’re on recess. Ashley’s successful amendment moved these two sessions into one week, thus saving a few thousand tonnes of CO2 and about 15 million pounds. Unfortunately, France immediately took the decision to the European Court arguing that it breached the Treaty. Two weeks ago, the court’s top adviser – the Advocate General – issued his opinion on the case. The opinion is generally upheld around 80 percent of the time and, frustratingly, he sided with France. However, the full court will not rule until after we’ve held our two sessions in October so, for this year at least, Ashley Fox has saved the European taxpayer millions of Pounds that would have been needlessly wasted on our travelling circus. I'll update you further when the full court rules.
Posted by Cllr Patrick Warner at 01:28