The Labour Party changed the law in 2007 to give the EU flag the same status as the Union Jack.

It doesn't include the Government Offices for the Regions - as they no longer exist...

"The British people are increasingly proud to fly flags as an expression of their local and national identities. Flags unite communities across colour, creed and class, so I am cutting municipal red tape to make it easier to fly Britain's varied and diverse flags without state interference."

Andrew Rosindell MP Chairman of the All Party Parliamentary Group on Flags sais:

"I commend the Department for Communities and Local Government for taking the lead on this initiative and look forward to seeing a tapestry of flags flying across the nation." 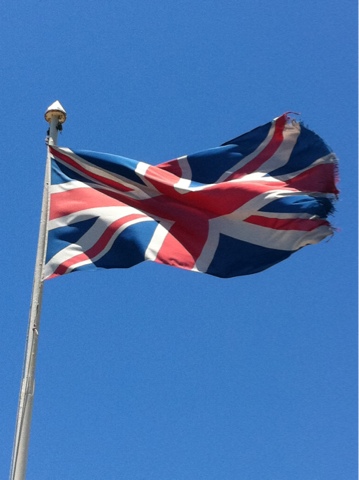 Posted by Cllr Patrick Warner at 23:52