Eurosceptics don't always have cause to celebrate. The story likely to annoy the Conservative backbenches at the moment is the proposed BAE/EADS merger, to which David Cameron appears to have consented (£), which Eurosceptics rightly fear will stop Britain from having a world class independent defence industry, and instead empower the French and Germans.

William Hague has good - exciting - news for those who despair. Tomorrow, he will announce the launch of a network of new embassies across the world which will be shared between British Commonwealth nations, and which will seek to head off the creeping influence of European Union diplomats.

The Foreign Secretary is in Canada, where he will sign a diplomatic agreement to open joint embassies with that country, and he also hopes Australia and New Zealand will join the initiative. It's no surprise Canada should be our closest diplomatic ally: Prime Minister Stephen Harper has defended and protected the motherland's interests before - over the Falklands for instance.

Mr Harper has a proud record of being Israel's strongest defender at the United Nations, so he will be entirely aware of the pernicious affect international bodies can have. He will, I have no doubt, share Mr Hague's suspicions about the European Union's fast-expanding diplomatic programme, the European External Action Service, which is setting up offices in America and elsewhere, and seeks to sideline Britain's position as a major diplomatic power.

In nations where Canada has an embassy, but Britain does not, or vice versa, the countries will share the embassy - and the same will hopefully apply for the Anzac nations. This will obviously expand the number of countries where Britain has an embassy, and will therefore counter the influence of the European network of embassies. Mr Hague said:
"As David Cameron said when addressing the Canadian parliament last year, “We are two nations, but under one Queen and united by one set of values.” We have stood shoulder to shoulder from the great wars of the last century to fighting terrorists in Afghanistan and supporting Arab Spring nations like Libya and Syria. We are first cousins. So it is natural that we look to link up our embassies with Canada’s in places where that suits both countries. It will give us a bigger reach abroad for our businesses and people for less cost."

United by monarchy, history, language, heritage and political tradition, we have much more in common with, say, a Canberran or a Torontonian than we do with an Athenian or a Roman. We are already diplomatically close, but this move by Mr Hague to extend our interests is a very welcome renewal of our four countries' friendship. The Commonwealth was neglected under Labour, who rejected the old English-speaking countries, and embraced "forward-looking" Europeans. The Coalition has started correcting this. 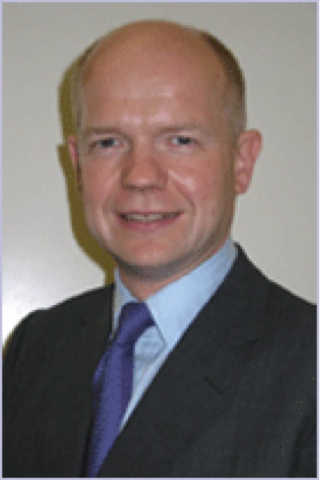