David Cameron has revealed he waded into a swamp to haul out a stranded ewe after a day of helping out a neighbour with lambing in his rural Oxfordshire constituency.

Dragging the UK economy out of the mire may be proving more difficult than he hoped, but when it comes to sheep it seems the Prime Minister is a big success.

After spotting a sheep in distress while on his way home from the neighbour’s farm, the PM waded into a swamp – together with his two armed guards – and pushed the stricken animal to safety.

The daring rescue was revealed when Mr Cameron was asked what he would do after politics when he took questions from winners of the Mum of the Year awards at Number 10.

"Well, I helped my neighbour with his lambing one weekend and that gave me more pleasure than anything I've done for a long time," he said.

"He lost one of his ewes and so we were bottle-feeding some of his lambs and then one of his sheep got stuck in a swamp," he told one of the mothers.

"Sadly two lambs had died and obviously she'd gone in to rescue them and they'd drowned.

"We managed to get the ewe out. Some of the staff with me joined in. We all jumped in and were up to our waists in the swamp.

"So this ewe has now been named Swampy and she's alive and well. I'm not saying I'm going to be a farmer, but I do love the countryside."

Farmer Julian Tustian, 43, said: “When I got there, David was in the swamp, along with the two police bodyguards.

“He was brilliant, pulling, pushing and shoving. He was covered in mud, he looked a mess.

"It’s nice to see – the police didn’t have to do that, neither did David.

Mr Tustian added the PM often popped by if he was lambing: “He likes to get away from the real world.” 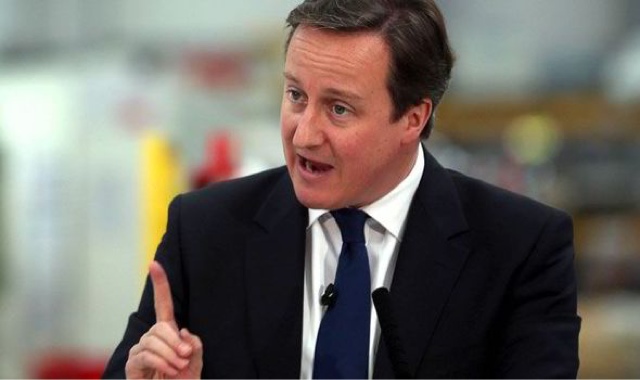 Posted by Cllr Patrick Warner at 22:51