The future of Facebook lies on the mobile phone and the tablet rather than the desktop PC, the social network has claimed.

The new plan, however, which includes an app available for a limited number of the most popular phones made by HTC and Samsung as well as a new mid-range device, called the First, from HTC was immediately met with some scepticism.

In a Q&A session after the announcement in California, Mr Zuckerberg admitted that adverts would also form a part of the new homescreen, meaning that an “experience” sold as pushing the site’s 1 billion users closer to their friends will also push them closer to advertisers.

Facebook is forecast to take one third of the total money spent on mobile advertising in the coming year, and already derives a third of its revenue from mobile. Although shares rose immediately after the announcement, investors remain cautious about the site’s ability to effectively make money from users on mobile phones, especially as more of them are using cheaper devices with smaller screens.

The new app, called Facebook Home, will launch on April 12 in America and around the world in the following weeks, and is only available for Android phones. Many of the features it introduces are unlikely to be popular on the Apple iPhone or iPad because of the way Apple controls the software. Mr Zuckerberg repeatedly stressed that what he was doing was only possible because of the way Google built the operating system. But with the support of Sony and Huawei as well as Samsung and HTC, the new service represents a challenge to Google’s dominance of its own Android operating system and implicitly downgrades the importance of search and email.

Mr Zuckerberg claimed that even the latest phones still used a user interface that was 30 years out of date, asking “What if phones were about people, not apps?” He predicted that with just 2billion people of the world’s population online, the majority of future users would expect phones to be about people.

Although Mr Zuckerberg also stressed that he has no interest in “forking” Android, as Amazon has done, or in building his own phone or operating system, Facebook Home also includes a ‘drawer’ of favourite apps that leaves the door open for Facebook to introduce its own app store and further demote Google’s significance.

In a statement, Google claimed the project had their blessing. “The Android platform has spurred the development of hundreds of different types of devices,” Google said. “This latest collaboration demonstrates the openness and flexibility that has made Android so popular. And it’s a win for users who want a customized Facebook experience from Google Play — the heart of the Android ecosystem — along with their favorite Google services like Gmail, Search and Google Maps.”

The HTC First will also launch in Europe on Orange and on EE in the UK later in the summer. It is likely to be free on a number of mid-range tariffs.

“HTC First offers a unique home experience to Facebook’s many users,” said Peter Chou, the chief executiver of HTC. “It puts a user’s friends and family at the centre of their mobile experience.”

The key features of Home and the HTC First centre on Cover Feed, described as “a constant stream of photos and updates from friends that is always available at a glance”. It also includes improved notifications, and a messaging feature called “Chat Heads”, which allows users to chat with contacts withiout needing to go into a new application.

Ernest Doku, from website uSwitch.com, said “The HTC First looks to be the tip of the spear – a focussed, affordable and 4G-enabled showcase of what is possible with richer Facebook integration on a handset. It’s the first of a number of devices across manufacturers which will embed the social network’s novel experience into the fabric of functionality.”

He said with the new Home app, “every Android phone has the potential to become a Facebook phone. As a social networking site it’s essential for Facebook to be on as many devices as possible, but only Android is open enough to give the social network freedom enough to truly integrate into a smartphone to the degree that Facebook wants and needs. Facebook intends to be the screen that greets users when they turn their phone on in the morning.” 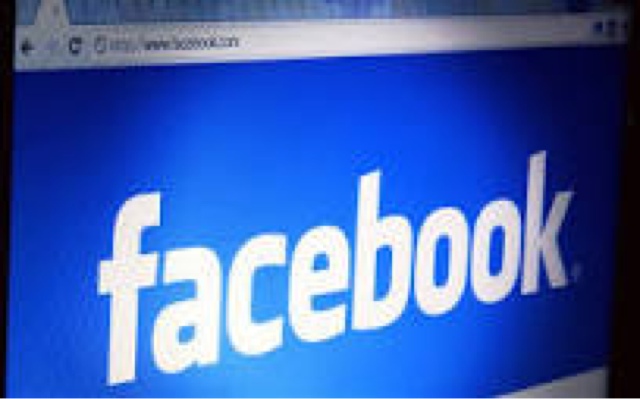 Posted by Cllr Patrick Warner at 23:32