Ed Miliband struggled to explain his party’s economic policies when he was asked repeatedly whether Labour would be borrowing more money to spend on public services and tax cuts.

During a chaotic radio interview, the Labour leader was questioned 13 times over the details of how he would afford policies intended to boost economic growth including building projects and a VAT cut.

Mr Miliband’s aides were also later forced to clarify the party leader’s policy on benefits for pensioners after he suggested that Labour would consider limiting winter fuel allowances and free TV licences to the poorest older people.

The 15 minute set-piece interview was part of a series of features with party leaders running this week on BBC Radio 4’s World at One. Nick Clegg and David Cameron are also due to be questioned.

Mr Miliband clashed repeatedly with the programme’s presenter, Martha Kearney, who at one point resorted to asking him for a “straight answer”.

During the most frantic exchanges, Ms Kearney put 13 separate questions to Mr Miliband over his tax and spending policies and whether they would require the government to borrow more money to increase public spending.

She suggested his evasive responses meant Labour was failing to win the public's trust on the economy.

“Would it be fair to say looking at your plans overall that you think that the government needs to borrow more now and that’s in order to boost growth in the economy,” she asked.

Mr Miliband replied: “No, well I would say that we need to get borrowing down. Look what’s happened is that this government came to power and we are borrowing £245 billion more than they said.”

Ms Kearney asked again what Labour would do in power now: “Your solution to producing more growth is to spend more is it not?”

The Labour leader, who had earlier outlined an alternative Queen’s Speech, refused directly to answer the point, saying only that in the “medium term” borrowing would be lower under his party because economic growth would improve.

Ms Kearney said: “All I am asking you is to explain how you are going to boost growth and that is by spending more and that is by borrowing more if you were Prime Minister at the moment, I just want a straight answer to that.”

The Labour leader replied: “Well, I am giving you a very straight answer. I think borrowing would be lower under a Labour government over the medium term.”

A temporary one-year VAT cut would cost the Treasury about £12 billion but Mr Miliband could not say exactly how this would be funded in the short term.

Ed Balls, the shadow chancellor, has previously accepted that Labour would borrow more in order to invest in economic policies designed to boost growth but Mr Miliband refused to endorse his colleague’s statement.

The Labour leader rejected the suggestion that his personal unpopularity was damaging his party’s fortunes.

He said he was “not much interested” in the fact that his approval rating was lower than the former Labour leader, Lord Kinnock’s had been at the same stage in the election cycle.

“Let the polls take care of themselves. As I go around the country I feel people responding to Labour’s message,” Mr Miliband said, insisting that he would not predict how the party would perform in Thursday’s local elections.

“I don’t know how many seats we are going to win.”

He said the party supported the payments but would reconsider whether they should be means tested and restricted to the poorest people.

Later, Labour aides said the policy had not changed and that Mr Miliband would ensure that the benefits were paid to all, regardless of income. 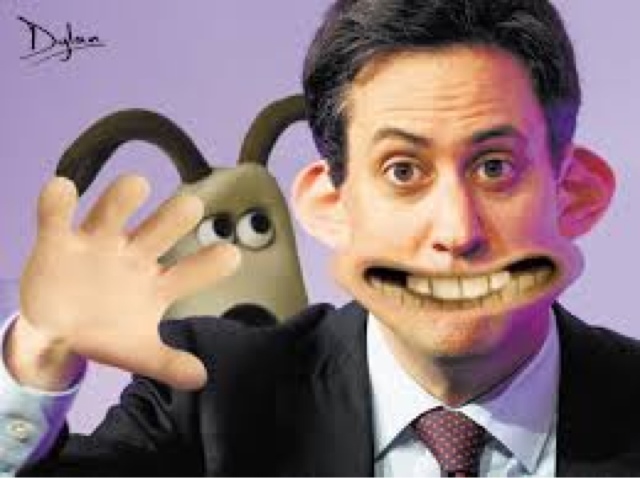