When I was selected to contest the St Anthony's Division in Eastbourne for the East Sussex County Council elections due to be held on the 2nd May, I was warned that my chances of gaining this seat from the sitting Lib-Dem, David Tutt were slim. Firstly he has represented the area at East Sussex for years and if re-elected in May, will I understand become the 'father of the house' as the authority's longest serving member. Added to that he is a well known figure in the town as Leader of Eastbourne Borough Council and enjoys a majority of some 947 votes and a 53.4% share of the vote from the last County election in 2009.

That said I am in the process of giving the campaign my all whilst continuing to provide for my family with a day job and serving my constituents in Sovereign Ward on the Borough Council. How can you juggle three job you might ask? Well most younger Councillors have day jobs but choose to try and put something back into their community by serving on the Council. You may also wonder if representing two areas is a conflict of interest? The reality is that there are many wards where members serve on two authorities and when there are three members per ward in Eastbourne, there are only one per division at County. That said Sovereign and St Anthony's are neighbouring areas on the Eastern end of the town, we use the same roads, services, shops, facilities and bus services so many of the issues I deal with affect both areas.

Issues dealt with in recent weeks include; damaged pavements and grass verges, faulty street lights, overgrown shrubs blocking pavements, late running buses, real time bus information screens not working, pot hole reporting and quality monitoring of repairs, touring coaches causing congestion on residential roads, the need for vital upgrades to the A27 . I've also been interviewed on local TV and radio about the A27 campaign and taken part in a debate on local radio about UKIP and the importance of those with Conservative beliefs, uniting behind Conservative candidates to prevent socialists or Lib-Dems from taking advantage of the frustration experienced by many normal hard working people.

As a true product of Margaret Thatcher's legacy to Britain, I will continue to work hard and do all I can to contribute to my town, having spoken to many people at on the street and by telephone and e-mail in recent weeks, I believe that we can be optimistic about the results of this election. I believe that if enough people want change as badly as they seem to indicate to me, their wishes and votes can overcome the biggest electoral majorities no matter how high the mountain seems to climb. Now I must get back out continue delivering the second leaflet of my campaign, if you live in St Anthony's or Sovereign and you see me out and about during the remainder of the campaign, come and say hello or feel free to get in contact! 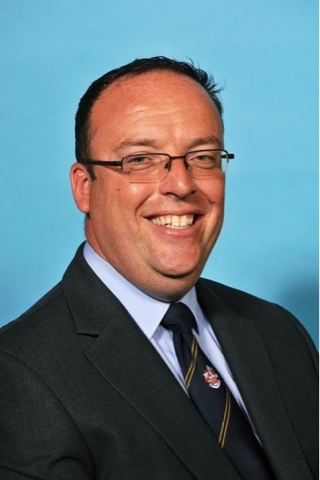 Posted by Cllr Patrick Warner at 04:25