People in the UK now fit into seven social classes, a major survey conducted by the BBC suggests.

It says the traditional categories of working, middle and upper class are outdated, fitting 39% of people.

It found a new model of seven social classes ranging from the elite at the top to a "precariat" - the poor, precarious proletariat - at the bottom.

More than 161,000 people took part in the Great British Class Survey, the largest study of class in the UK.

Class has traditionally been defined by occupation, wealth and education. But this research argues that this is too simplistic, suggesting that class has three dimensions - economic, social and cultural.

The study also measured cultural capital, defined as the extent and nature of cultural interests and activities.

The new classes are defined as:

Elite - the most privileged group in the UK, distinct from the other six classes through its wealth. This group has the highest levels of all three capitals

Technical middle class - a small, distinctive new class group which is prosperous but scores low for social and cultural capital. Distinguished by its social isolation and cultural apathy

New affluent workers - a young class group which is socially and culturally active, with middling levels of economic capital

Traditional working class - scores low on all forms of capital, but is not completely deprived. Its members have reasonably high house values, explained by this group having the oldest average age at 66

Emergent service workers - a new, young, urban group which is relatively poor but has high social and cultural capital

Precariat, or precarious proletariat - the poorest, most deprived class, scoring low for social and cultural capital

The researchers said while the elite group had been identified before, this is the first time it had been placed within a wider analysis of the class structure, as it was normally put together with professionals and managers.

At the opposite extreme they said the precariat, the poorest and most deprived grouping, made up 15% of the population.

The sociologists said these two groups at the extremes of the class system had been missed in conventional approaches to class analysis, which have focused on the middle and working classes.

"What it allows us is to understand is a more sophisticated, nuanced picture of what class is like now.

"It shows us there is still a top and a bottom, at the top we still have an elite of very wealthy people and at the bottom the poor, with very little social and cultural engagement," she said.

"It's what's in the middle which is really interesting and exciting, there's a much more fuzzy area between the traditional working class and traditional middle class.

"There's the emergent workers and the new affluent workers who are different groups of people who won't necessarily see themselves as working or middle class.

"The survey has really allowed us to drill down and get a much more complete picture of class in modern Britain."

Solicitor Vikki Harding is classed as an 'emergent service worker' under the new ranking
The researchers also found the established middle class made up 25% of the population and was the largest of all the class groups, with the traditional working class now only making up 14% of the population.

They say the new affluent workers and emergent service workers appear to be the children of the "traditional working class," which they say has been fragmented by de-industrialisation, mass unemployment, immigration and the restructuring of urban space.

The findings have been published in the Sociology Journal and presented at a conference of the British Sociological Association on Wednesday.

Researchers asked a series of questions about income, house value, savings, cultural and leisure activities and the occupations of friends.

They were able to determine a person's economic, social and cultural capital scores from the answers and analysed the scores to create its class system.

The GBCS was launched online in January 2011, but data showed participants were predominantly drawn from the well-educated social groups.

To overcome this a second identical survey was run with a survey company GFK, with a sample of people representing the population of the UK as a whole, using the information in parallel.

Which of the seven new class categories do you fit in? Click the link below to take the test and see which class you are: 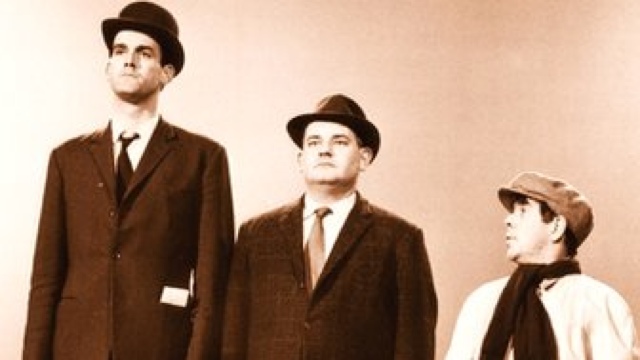 Posted by Cllr Patrick Warner at 14:42