Labour-run town halls in some of Britain's poorest areas have given departing executives pay-offs of up to £432,000 each.


Councils in London have given 10,000 departing staff severance packages worth more than £200million, many of which include gagging orders.


The amount paid out by the predominantly Labour-run councils has increased by 55 per cent in the past year after cuts in local government funding.


The biggest pay-off was given to Andrew Kilburn, the former chief executive of Waltham Forest council.

Other Labour-run councils paid out significantly more. According to Freedom of Information requests made by the London Evening Standard, Tower Hamlets has given officials pay-offs worth £15.8million, Lewisham £14.5million and Haringey £12.4million.

Hackney had a redundancies bill of £10.5million, Barking and Dagenham £11million, Lambeth £10.3million and Greenwich £9.5million.

The Daily Telegraph disclosed earlier this year that councils have given pay-offs of more than £100,000 to a total of 135 officials in the past year alone. 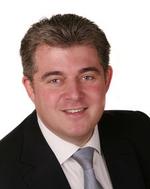 At the time Brandon Lewis, the local government minister, accused councils of showing a "lack of respect" to taxpayers.

He said: "I fail to see any credible business case for such eye-watering sums being shelled out which in some cases would make a Premiership manager blush.

"Dishing out such huge amounts of cash without a second thought shows a lack of respect for the public purse and good councils want help to end this.

“These pay-offs are a legacy of Labour's golden goodbye gravy train which we are putting a stop to."

Lambeth council made the most redundancy payments, with 816 staff losing their jobs over a two-year period, while Haringey axed 711 officials, Lewisham 649, Waltham Forest 549 and Croydon 521.

Professor Tony Travers, an expert in local government at the London School of Economics, said: “It is no surprise that the cost of redundancies has gone up. It’s an inevitable consequence of the Government’s decision to cut local government spending so fast. If it has happened more slowly no doubt many of these redundancies could have been avoided.”