Enough! Time to behave like the governing Party we all want to be

Was last week good for the Conservative Party because it proved that only the Tories were committed to an EU referendum? Or bad, because we seemed obsessed with the subject and excessively fond of arguing amongst ourselves? Either way, we were surely all glad when the weekend arrived.

At least, that is, until we woke on Saturday to read of swivel-eyed-loon-gate, the latest in a seemingly unending series of ploys we seem to devise for tripping ourselves over. This sort of thing - the habit of distracting ourselves from what matters - has got to stop. The Conservatives were elected, albeit in insufficient numbers, to do a job. We hope to be elected in two years' time in rather greater numbers to implement a Tory manifesto in full. But we don't look as if either of those things is our priority. We need to pull ourselves out of what threatens to become a spiral of irrelevance. Here are some observations about our predicament.

Conservative Party members are decent, patriotic, industrious, generous, tolerant, charitable, open-minded, good-humoured, public-spirited and - if you discount their willingness to deliver leaflets and knock on doors in all weathers - sane. If someone at the top of the party suggested otherwise it would be worse than regrettable. At the same time, the outrage of some other senior Conservatives at what someone close to David Cameron may or may not have said about Tory activists would be more persuasive were it not for the things they themselves say to journalists about their own leader. I've often argued that it's counter-productive in politics to insult your opponent; it is disappointing to have to point out that the same applies to our own side. Let's all be a bit more civil.

Leaving aside the language, the row over the weekend exposes again a problem the party has not yet got the measure of. For all its virtues, the Conservative membership does not look the same as the rest of Britain. This is an observation, and a pretty inescapable one, not a criticism. Tory members are, by and large, older and better off than voters as a whole, and their political priorities do not always match those of the people we need to convince if we are to win. Political enthusiasm is itself a pretty unusual trait. To what extent, then, should a party be a vehicle for the views of its members, and how far should those members grin and bear some policies designed to broaden the party's overall appeal? It is a question Tories still grapple with.

It is time to remind the country, and ourselves, that our agenda extends beyond Europe and even beyond clearing up our predecessors' mess. I hope the leadership will return to the promising aspirational themes that fitfully emerge from Downing Street. As attention moves to the spending review, I hope the Government will find a way of explaining the end to which it is the means - that, to adapt Mr Brown, this is austerity with a purpose.

For this to have any effect, others need to show a willingness to get behind the Government. David Cameron must feel he can't win. Until recently, some Tory commentators were complaining that he paid too little heed to his backbenchers; now they complain that bending to their will shows a lack of leadership. Of course, going into politics for the praise would be as daft as going into it for the money.

The tragedy of the past fortnight is that we have a better story to tell on all sorts of fronts than you would ever guess. The Conservatives in government are doing good work on welfare reform, immigration, public services and the economy. It is time for all Tories to say so. After last week, voters will have heard that we want to give them a referendum on the EU. "OK," they say, "good. And what else?" 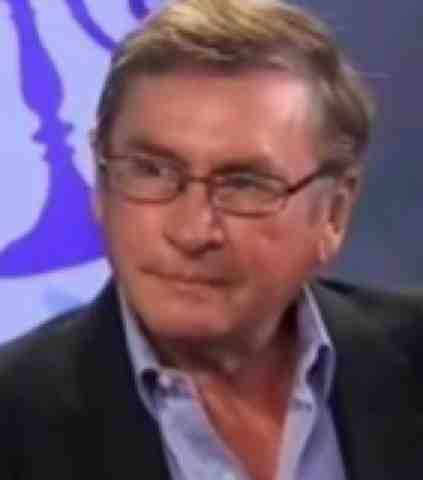