Britain will “not stand by” while the European Commission tries to give some unemployed immigrants more rights to claim benefits, the Work and Pensions Secretary said last night.

Iain Duncan Smith promised to “fight every step of the way” after Brussels said it will sue Britain for requiring EU immigrants to pass an extra test before claiming benefits.

As Conservative MPs reacted with fury, Mr Duncan Smith said he would never “cave in” to the demands, which could cost taxpayers £155 million a year.

"People in this country expect me to protect the benefits system from abuse and protect the money of hardworking taxpayers,” he said. “So I will not stand by while the European Commission tries to water down the valuable protections we've put in place.”

The move casts doubt on whether David Cameron will be able to deliver his promised crack-down on “benefit tourists”, after he said there were too many foreigners “abusing” Britain’s generous system earlier this year.

The European Commission said the UK’s existing arrangements are illegal and “discriminatory” because British people do not have to pass the same strict “right to reside” test as EU immigrants.

It argues welfare is "unfairly and illegally" denied to thousands of EU citizens living in the UK, who should have been getting child benefit, child tax credit, income based jobseeker's allowance, state pension credit and income based employment and support allowances.

According to EU law, anyone should be able to claim benefits in a member state if they have passed a “habitual residence” test, proving they have a “genuine link” with the country and have “moved their centre of interest” there.

However, Britain argues this is not enough to stop unemployed people from abusing the system. Its “right to reside” test requires immigrants from the EU to jump through extra hoops, such as proving they are looking for work, in work, a student, self-employed or independently wealthy. This is designed to stop unemployed people simply moving from an EU country to Britain to claim unemployment benefits, pension credit and housing benefit, a Whitehall official said.

Douglas Carswell, a eurosceptic backbencher, also said the "lunatic and offensive decision" would make it easier to convince people "that we need to leave the EU completely".

However, the European Commission accused the UK of stoking up anti-EU sentiment and exaggerating the risk of so-called benefit tourism.

“It is inevitable that it will fan the flames of debate. It has been misrepresented and misinterpreted by some,” a spokesman said.

“It is simply not true that people can claim benefits after getting of a plane under EU rules.

“It is a dialogue of the deaf. They insist they are right and that the commission, the guardian of the treaties, is wrong.”

The commission said 64 per cent of 42,810 EU nationals applying for benefits in Britain 2009 to 2011 were refused, arguing that this is evidence of discrimination.

Commission officials told the Telegraph that repeated meetings with the Government, including "informal contacts, had failed to bridge the impasse leading to the court challenge to British law".

"As a result of this discriminatory test EU citizens cannot receive social security benefits, such as child benefit, to which they are entitled under European law," an official said. "The commission asked Britain to end this discrimination against EU nationals in September 2011 but no measures have been notified to us."

Commission lawyers are acting on complaints made by EU nationals living in Britain and there are a number of petitions complaining about discrimination lodged in the European Parliament. 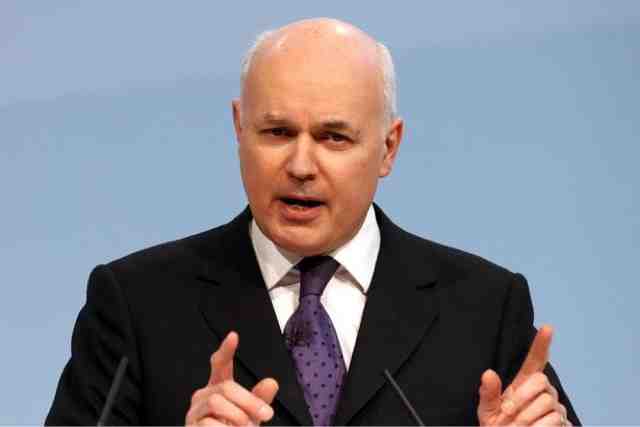 Posted by Cllr Patrick Warner at 15:40