Mark Prisk MP: How this Government is boosting one of the great Thatcher policies - the Right to Buy

In the 80s, under Right to Buy, Magaret Thatcher helped millions of people living in council housing achieve their aspiration of owning a home - and I'm proud to be continuing that work today. However, it has not been easy. The Labour Party has continually shown that they are not on the side of aspiration, or of those who want to work hard and get on. When in power, they made a succession of cuts to Right to Buy, slashing the level of discounts and eligibility criteria for council housing tenants. They also failed to increase those discounts to reflect rising property prices, and as a result this vital rung on the property ladder was all but removed.

Fast forward to today - when the latest figures show that in the last year sales under the Right to Buy scheme have more than doubled to 5,942: the highest level for six years. And this hasn't happened accidentally. Unlike Labour, we've been determined to make it easier for those who've paid their rent and now want to buy their own home to do so.

Our reason for doing this? Because, as Conservatives, we don't believe that home ownership should be just for some: we want many to achieve that dream, and the Right to Buy allows people to do just that. It gives something back to the families who've worked hard and played by the rules, and that's why I'm so passionate about it. It allows people to make changes to their home without getting permission from the council, and to enjoy the independence which goes with that. The benefits of this extend far beyond four walls, giving people a sense of pride and ownership not just in their home, but in their street and neighbourhood, helping to build strong families and stable mixed communities.

In order to boost Right to Buy, we've increased the maximum discount available in England to £75,000 and in London from this March to £100,000. We've also spread the opportunity to more families by changing the law so that they can apply after only three years, instead of five. And we've committed, too, to replenishing housing stock by building new and affordable homes, and supporting first time buyers through such schemes as New Buy, which free up homes for those in need. By contrast, in Labour-run Wales, housebuilding has stalled because of extra red tape, and discounts for Right to Buy have been kept down to £16,000. In addition, thanks to legislative measures introduced by the Welsh Government in 2011, some councils have ‘suspended’ it completely.

We've faced similar opposition in England from some Labour MPs and councils, who despite offers of central Government help are leaving people in the dark. However, the Right to Buy is being successfully adopted in many places. For example, in Birmingham where the number of sales has doubled, or in Newcastle and Kirklees where sales have risen by over 200%. But we still need to do more. I have been encouraged to see Conservative MPs helping spread the word. Robert Halfon MP has set up his own website as has Stephen McPartland MP.

It;s really important that all Conservative MP's and Councillors continue to make sure that people know about their right to buy, especially in places where local authorities are opposed to the principle, or even just dragging their feet. The Right to Buy has now helped over two million households to buy their own home, people who previously would never have had the chance. We want to make sure that another generation also enjoy the same right and this Government is determined to make that happen. 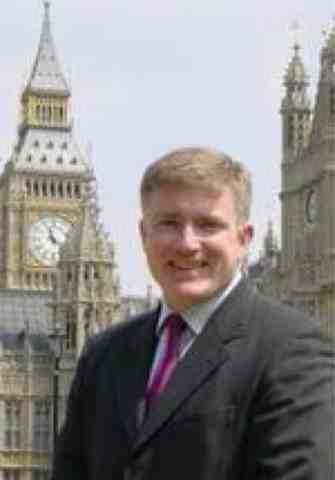 Posted by Cllr Patrick Warner at 07:41