For jobs and growth, Britain's relationship with the EU must change

Last month 500 British business leaders, including the likes of Next boss Lord Wolfson, Ocado chief Sir Stuart Rose and Phones4u founder John Caudwell, announced that they were backing a campaign for ‘real change in the EU’ and urged ‘all political parties to join in committing themselves to a national drive to renegotiate the terms of Britain’s EU membership.’ Havingreceived a warm welcome on these very pages, as well as elsewhere, Business for Britain set about changing the debate on how the EU impacts upon our home-grown industries.

Today a letter has appeared in the Independent, signed by Roland Rudd, Richard Branson, Martin Sorrell and others, which seeks to defend Britain’s membership of the European Union, offering up small changes to a relationship they see as providing more positives for Britain than negatives. The signatories are the same people who, back in January before the Prime Minister’s Bloomberg speech, were expressing concerns that any attempts to renegotiate our membership of the EU could create ‘damaging uncertainty’. They are the same people who, at the turn of the century, were urging Britain to join the Euro.

Britain’s relationship with the EU is broken. This doesn’t mean it can’t be fixed, but that fixing will be difficult and it is crucial that groups representing Britain’s businesses are honest about what that change will entail – namely treaty change and fundamental reform.

What the letter’s signatories fail to grasp is that simply deepening the Single Market will not make the EU more competitive, especially if the wider concerns that business has about the status quo in our relationship with Brussels are not addressed. Blindly promoting the benefits of our membership with no examination of the underlying problems is dangerously complacent. The debate business wants to have is about what changes are needed, and fixating on the In-Out dichotomy instead of addressing the root cause is putting politics ahead of economics.

The Conservative Party in the past few weeks has often given the impression that it is divided on Britain’s membership of the EU. Yet its position is supported by the vast majority of people in this country: identify the problems, seek to correct them, then decide. In fact it is the Labour Party that is under pressure to make its mind up. The Co-Chairman of Business for Britain and significant Labour Party donor, John Mills, has got people on the Left rallying to his causecalling on Miliband and co to agree to a referendum.

A process has been put in place by David Cameron. It is sensible and backed by the vast majority of the British public and British business people. Those who have the most to gain from the EU will seek to frustrate it. We must be united in pushing forward the changes that are absolutely vital for Britain’s economy and seek to get a better deal for Britain rather than getting side tracked. 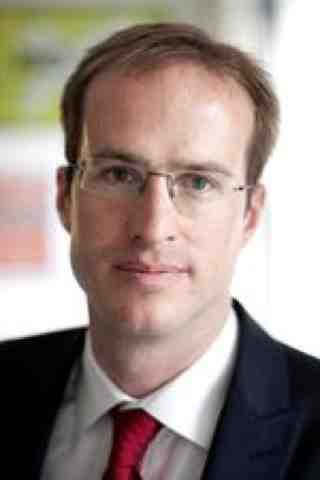 Matthew Elliott is the Chief Executive of Business for Britain.
Posted by Cllr Patrick Warner at 14:28