For any swivel eyed loons like me that didn't get the message from the PM, here it is: 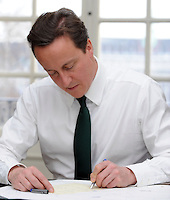 After the news this weekend, I wanted to write a personal note to members of our Party.

I’ve been a member of the Conservative Party for 25 years. Some time after I joined I became Chairman of my local branch and was one of the volunteers dedicated to getting Conservatives elected to the local council. Since then I have met thousands and thousands of party members. We’ve pounded the pavements together, canvassed together and sat in make-shift campaign headquarters together, from village halls to front rooms. We have been together through good times and bad. This is more than a working relationship; it is a deep and lasting friendship.

Ours is a companionship underpinned by what we believe: that everyone should be able to get on in life if they’re willing to work hard; that we look after those who cannot help themselves; that it’s family and community and country that matter; that a dose of common sense is worth more than a ton of dry political theory; that Britain is a great and proud nation that can be greater still.
That’s why I am proud to lead this party. I am proud of what you do. And I would never have those around me who sneered or through otherwise. We are a team, from the parish council to the local association to Parliament, and I never forget it.

Does that mean we will agree on everything? Of course not. The Conservative Party has always been a broad church – one which contains different views and opinions – and we must remain so today. But there is also much we must do together. We can shout from the roof-tops about how far we’ve already some. The deficit has been cut by a third. We’ve seen 1.25 million new jobs created in our private sector. 24 million working people have had their income tax cut.

And we can be clear about where we are going, too. We are engaged in a great fight to rebalance our economy, to bring excellence back to our schools, to fix the welfare system. And yes, we have a policy on Europe that is right for our country. Amid all the debate, remember this: it is our party that has committed to an in-out referendum on Europe by the end of 2017. Not Labour, not the Liberal Democrats, but the Conservatives who are committed to giving the British people their say.

So to those reading this, here is my message: there will always be criticism from the sidelines. But we must remember what this Party has always been about: acting in the national interest. Our task today is to clear up Labour’s mess and make Britain stand tall again.

We have a job to do for our country – and we must do it together.
Posted by Cllr Patrick Warner at 15:33