Bond is best: Skyfall leads the way at the Baftas 2013

The first award at the prestigious ceremony was presented by Bradley Cooper and Ben Affleck.
The movie, the third starring Daniel Craig as the suave spy, is already the highest-grossing film of all time at the UK box office.

Film-maker Sam Mendes paid tribute to the "bravery and brilliance" of Daniel Craig and "the great" Ian Fleming who created James Bond.

Speaking backstage, Mendes said he would love to make another Bond film.

He told reporters: "I've had a great time, it's been a huge learning curve and we would want to make a better movie next time around, and if we thought we do that they might let me have another go again." 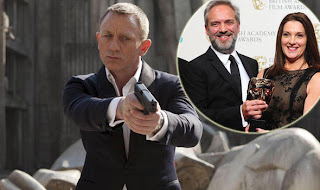 Posted by Cllr Patrick Warner at 08:27