Increase in number of first-time buyers

The number of first-time buyers has reached the highest level in five years according to figures just released by the Council for Mortgage Lenders.
A total of 216,200 first-time buyers became homeowners in 2012. This is the first time that the number has exceeded 200,000 since 2007 and is an increase of 12% compared to 2011, when 193,000 first-time buyers took out mortgages.

The Council for Mortgage Lenders stated that first-time buyers 'have benefitted from the effects of better funding conditions and the Funding for Lending scheme'. The Funding for Lending Scheme was launched by the Bank of England and the Treasury in July 2012 to encourage lending to households and businesses.

The Government's credible economic policy has won the confidence of markets and secured record low interest rates for the UK. The Funding for Lending scheme works by allowing banks and building societies to take advantage of this and borrow from the Bank of England at rates which are below current market rates, thereby encouraging them to make loans like mortgages more freely available. 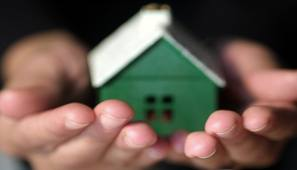 Banks and building societies which loan more can borrow more from the Bank of England, and at lower rates, encouraging them to lend more to borrowers like first-time homebuyers.
Posted by Cllr Patrick Warner at 09:10