Last week Eastbourne's Borough Councillors met at the Town Hall to agree the budget for the forthcoming civic year - an opportunity for members to show they get it, understand the challenges that residents face in these difficult times and to pass a budget that goes some way to help everyone get through to brighter times.

The Lib-Dem administration's proposed budget was delivered confidently by Cabinet Member for Finance, Gill Mattock and its true to say that a further freeze in council tax is not to be sniffed at, even if that was heavily subsidised by Local Government Minister, Eric Pickles in his attempts to stop councils from increasing the tax on residents. It was also good to see the administration finally listen to Conservative calls for Langney Point's Five Acre Field to receive upgraded security measures to prevent traveller incursions and critical levelling work to enable sport to be played on this much valued Community Field again in addition to upgraded recreation facilities in Upperton Ward - these are all long overdue and Ward Councillors look forward to ensuring that residents are kept informed of the what works are planned and when they will be done. 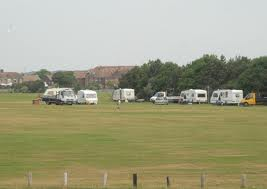 Then came the Conservative ammendment to the budget which if accepted by Lib-Dems would have ensured that their proposals were complimented by additional actions that would have gone that bit further to extend a helping hand to every resident, not just a chosen select few in Lib-Dem held seats.

The contrast could not have been clearer with the two presentations, despite differences of political idealogical belief, Conservatives sat quietly and respectfully whilst listening to Cllr Mattock's budget proposals but Conservative Shadow Finance Spokesperson, Cllr Annabelle West was greeted with ill-mannered geers and general rowdyness as she tried to highlight further actions that members could have agreed to. Those in the public gallery must have been appalled and it is hardly surprising that so many are turned off of politics when they see elected members behaving in this fashion.

On to the additional support our Council could have offered residents had Stephen Lloyd's Lib-Dems not turned the amendment down:

Lastly members were shocked to discover that after Council Departments were moved out of the historic Town Hall late last year because we were told that it no longer met the required standards for technological communications or disability access, over £8,400 has been spent on installing wireless access in all of its empty rooms and over £20,000 has been spent on consultants to explore future uses for the building. Three wooly ideas have come forward, all of which involve trying to attract charitable organisations to come out of the communities they serve to occupy rooms in the Town Hall as part of a Community Hub project and on top of the nearly £29,000 already spent, hundreds of thousands of pounds are also now likely to be spent on upgrading disability access - you couldn't make it up could you?

Businesses in Little Chelsea, still reeling from the shock planning permission given by Lib-Dem Councillors the other week to permit Tesco to open yet another Express Store on the ground floor of the old Council offices at 68 Grove Road, even though there are already an independent grocers in the street, will now be concerned to learn that these wooly plans for the Town Hall include opening a Cafe in direct competition with the popular independent offerings in this specialist retail area - talk about adding insult to injury!

Conservatives propose a far more sensible approach here - abandon these hair brained plans, preserve and maintain the Town Hall but move non-customer facing Council officers back in to the building that was intended for them in the first place, leave the one stop shop for Council services at 1 Grove Road but free up two floors of office space in that more modern and accessible building to rent out at commercial rates.

Sadly these sensible additional measures were voted down by Stephen Lloyd's Lib-Dems and it will be interesting to see if after thinking about them, any of the Conservative plans resurface during the coming civic year rebranded as Lib-Dem measures - you will know where you heard them first but this May, elections are due to be held to the County Council. These elections are of critical importance to us here in Eastbourne because if Lib-Dems take control of the County Council, not only will the years of progress be undone but the Leader of Eastbourne Borough Council would become the Leader of East Sussex County Council. Following the millions of pounds wasted on consultants since they came to power in Eastbourne, the neglect of council property which has left residents facing a bill of millions of pounds to get them back into good condition and the lack of judgement shown in rejecting these budget proposals in Eastbourne, I don't think we could afford them - do you?
Posted by Cllr Patrick Warner at 03:35