Normally, claims that one politician or another has triumphed at an EU summit are a bit overdone or simplified, and conceal a more complicated truth, where a degree of triumph and a measure of defeat are blended into a compromise. 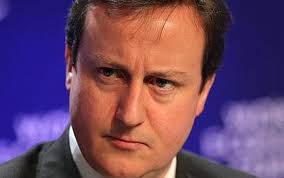 So how to read what looks very much like David Cameron's overnight espresso-fuelled triumph over the EU budget this morning?

Well, as triumphs go, this one is looking pretty triumphant, even though cautious British types note that the deal is not yet formally done.

The PM said he'd cut EU spending in real terms. It will be cut in real terms. My colleague Bruno Waterfield reckons the deal in the offing will save British taxpayers about £400 million a year for seven years on the UK's contributions (though more of that later; for now, just consider this: UK net contributions could still rise from 2014).

At base, the deal comes about because Mr Cameron bet that Germany would back him over the budget instead of siding with France. Given the stakes and the historical precedents, it was a big bet. This damp and sleep-deprived Brussels morning, it looks like a winning one too.

That would be notable enough under normal circumstances, but Mr Cameron came to Brussels in decidedly abnormal conditions: he’s threatened to leave the very club whose membership fees he’s negotiating.

While the EU’s trillion-euro budget is interesting enough in itself, the even bigger question is what the budget talks tell us about Mr Cameron’s referendum pledge and its effect on Britain’s relationships with other EU members. The PM and his friends will doubtless argue that the budget shows that his reform-and-referendum agenda is a winning one.

We shouldn’t get too carried away with that. A central fact of the budget talks is that France has strongly opposed the “fiscal disciplinarian” group Mr Cameron has helped assemble. French hostility towards Mr Cameron is palpable, and comes even though he has spent political capital sending British military forces in West Africa to help out Francois Hollande.

The source of that hostility is, of course, the referendum pledge, which many in France see as a fundamental challenge to their vision of a Europe as an all-or-nothing deal: Europe à la carte is not an option for France. And in the early hours of this morning, French voices in Brussels were asking why anyone should listen to a country that might not even be a member of the club in 2017?

The hostility over the budget is worth remembering when Mr Cameron makes his bigger requests, for a renegotiated British membership deal to put the British people in his referendum.

The domestic acclaim that Mr Cameron will enjoy over a budget deal will also have a side-effects. Many Tory MPs will say that a budget victory shows that playing hardball in Europe works. As such, some will argue, Mr Cameron should take an equally hard line in his renegotiation and repatriation talks: that means another, bigger bet on German support.

Any political victory should be acknowledged and celebrated, and Mr Cameron will doubtless enjoy his laurels today. But in the wider European game, even victories have a cost. Will France seek payback over repatriation? French commentators are describing the budget deal as a humiliation for Mr Hollande; that could put him under pressure to be even more assertive and obstrutive of future British objectives. And the big, big question: will German patience be exhausted by another British gambit?

The expectations on Mr Cameron in Europe will rise after today, but so will the stakes. Having won one big fight over the budget, Mr Cameron must now win an even bigger one over Britain’s membership.