What kind of local government do we want?

The halfway point of my first term of office as a Tunbridge Wells borough councillor is fast approaching. It’s been challenging, fun, frustrating and exciting in equal measure. I’ve had the privilege to meet many dedicated and talented people and I have relished the opportunity to stand up for Tunbridge Wells residents. It has been an interesting two years and now seems like an opportune moment to reflect on my experience in local government thus far.

My council has courted controversy of late with the news that allowances paid to the leader and cabinet members will increase. Little-reported is fact that the overall amount paid in allowances will actually decrease. I don’t want to dwell on the specifics of the Tunbridge Wells proposals. It’s never the right time to raise allowances and there are compelling arguments on both sides. Discussions with residents and colleagues have, however, caused me to think about exactly what kind of local government we want.

Residents are often of the opinion that councillors should receive no allowances at all. That’s a valid view and local government operated that way for many decades. I doubt the wisdom of returning to those
days, though. A Tunbridge Wells colleague who, some years ago, worked in housing for a London borough, tells the story of how the leader of that council was so poor as a consequence of his dedication to the council that his credit card was taken away. Of course, the usual ‘get around’ was for members to take a non-job in a friendly neighbouring borough, a practice bordering on corruption.

Going back to a system of zero allowances would effectively price many people out of local political participation, which would be tragic for local democracy. I personally would not be able to give anywhere near as much time as I do now, as I often take unpaid leave from work in order to undertake council duties. While that would perhaps be no great individual loss – I’ve no doubt the wheels of Tunbridge Wells governance would find some way to keep turning – I must be representative of thousands of younger, working councillors who provide a genuinely different perspective from our retired colleagues.

Currently, the leader of Tunbridge Wells Borough Council, responsible for the strategic oversight of an area containing over 115,000 people and one of the south east’s most important towns, receives an allowance lower than the salary my sister earns as a receptionist in a local beauty salon. Is it any wonder the average age of the last three leaders has been 73? The current cabinet are almost all retirees. They do a great job, but it is clear that only certain groups in society feel they can afford to become involved in local politics. I doubt I am alone in finding that unhealthy, even undemocratic.

Local government is growing in complexity and demands on members are increasing correspondingly. Perhaps it is time to consider moving towards the professionalisation of local government, via fewer councillors, single member wards and professional levels of pay. The advantages of such a system are clear; more accountability and visibility, more stringent oversight and control of officers, increased legitimacy. Councillors would have more freedom to act and greater opportunity to focus on issues of interest.

The disadvantages are also clear. Many who are councillors now may not wish to take on the job full-time, depriving councils of experienced people. Professional councillors could become as distrusted as Members of Parliament, reinforcing the notion of a political class separate from ordinary people. The role of councillor may become simply a stepping stone to Westminster (though that may not, in fact, be a problem. It happens already – 45% of the 2010 intake were councillors, according to ConHome and not everyone who might become a full-time councillor would want to become an MP. I certainly don’t). And, as a libertarian, I admit to feeling uncomfortable out the prospect of town halls up and down the country packed with thumb-twiddling, under-utilised councillors looking for ways to justify their existence.

For a system of professional councillors to work wider reforms would be needed. I relish a challenge, as I’m sure most councillors do, but after two years as a borough councillor I wonder about two-tier authority areas like west Kent. The county-district division seems to give rise to duplication of work, unnecessary costs and silo thinking – not to mention resident confusion about where responsibility lies, and the subsequent shuffling of the same responsibility from authority to authority. Councils can end up working at cross-purposes to each other when they should be focused simply on the needs of residents. It seems to be, to borrow an analogy, an analogue system in a digital age.

Unitary authorities would seem to be the solution. Fewer councils, vertically integrated over larger areas would give rise to advantages mirroring those offered by professional councillors; increased visibility and accountability, increased freedom of action, increased legitimacy. There would also be potential for massive cost savings. County-wide, strategic issues could be resolved by some sort of county assembly, perhaps made up of the leaders and cabinet members of the county’s unitary authorities.

But I don’t think the establishment of unitary authorities would be sufficient in and of itself. I support the government’s localism agenda, but I don’t think it goes far enough. If we brought in a system of professional councillors within unitary authorities, we should also radically decentralise power to those authorities. Give them, for example, complete control over business rates. Give them the power to raise a local income or sales tax (perhaps through, as Dan Hannan suggests in ‘The Plan’, abolishing VAT. We can but dream). The government should also abolish the requirement to hold a referendum if a council proposes raising council tax over a certain level; either we give control to local councils or we don’t.

The United States has its ‘fifty laboratories of innovation’, to borrow a phrase from Gary Johnson. Why can’t we have ours? Currently we have a fairly small number of transformative councils; the rest essentially do similar things with varying levels of effectiveness. Devolving more powers to local authorities would create stark and interesting differences in service delivery between councils, which would create competition. More competition between authorities would be beneficial for everyone as it would provide huge incentives for councils to create the best environment to live, work, play, run a business, catch a bus, build a house etc., etc. If as a resident you didn’t like your local council and just a few miles away there was an authority with lower taxes, higher standards and better prospects, you could vote with your feet and move. 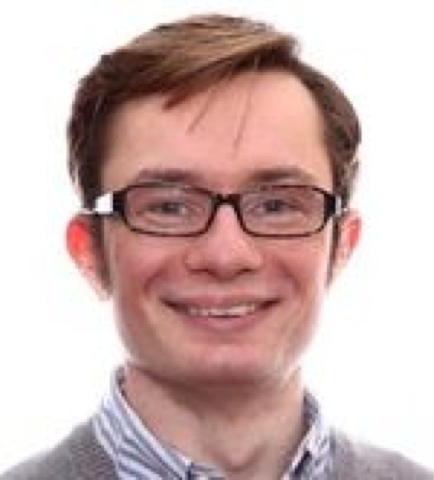 Posted by Cllr Patrick Warner at 14:22