#PotholePatrol succeeding by being 'Positive & Challenging'

Three really cold winters with unusually heavy downfalls of snow and persistent rain have really taken their toll on East Sussex roads, and even here in Eastbourne on the Sunshine Coast we've not been able to escape it.

I along with a number of my colleagues have taken up the mantle to tackle the pot hole menace but what I have found is that despite record investment in our highways by the County Council, the standard of repairs being carried out seems to vary wildly. A recent Scrutiny Committee investigation here in Eastbourne which I took part in, revealed the standard set to contractors by the Highway Officials is not consistently being adhered to, even though the longer lasting repair only takes minutes longer.

In an effort to tackle this, I have been inspecting quality and feeding this back to the Highways Team via Twitter from my smartphone. This real time reporting method not only enables me to show them a digital image of the issue in question but also enables me to publicise that action is being taken, share responses from officers but also to confirm once work has been undertaken.

Current issues that are in the process of being dealt with include: 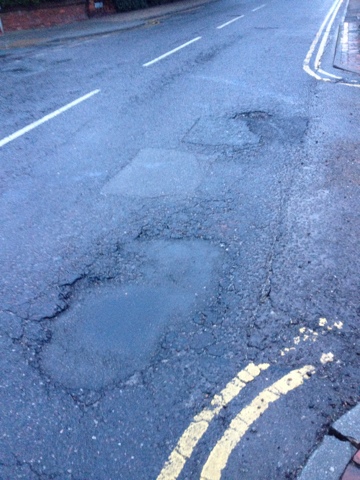 Above: Poor quality pot hole repairs to The Goffs in Old Town - reported & being inspected! 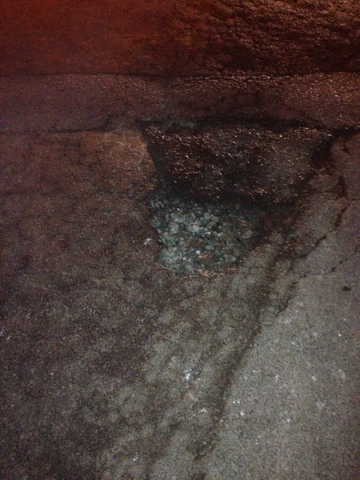 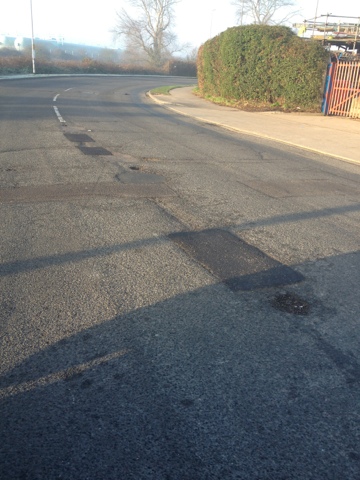 Above & Below: A mixed bag in Hammonds Drive following reports by me of multiple holes recently, some repaired properly, some badly repaired and others missed completely. End result, contractors will be going back and re-repairing bad jobs and filling missed holes at no cost to the tax payer! 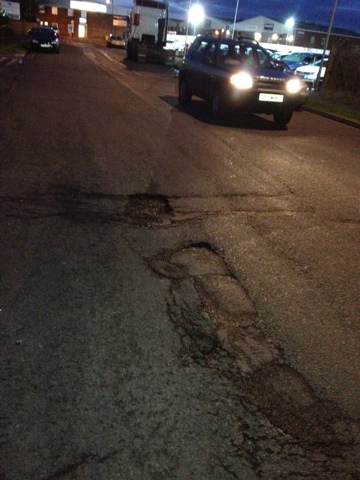 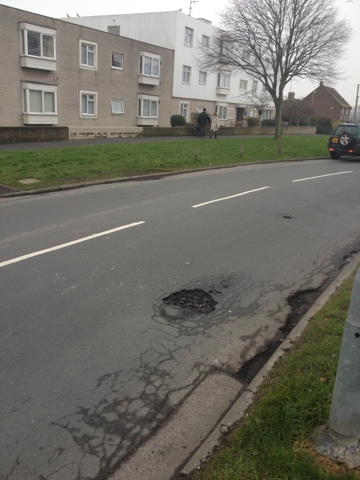 Above: Priory Road, Langney - pot hole and crevice at carriageway edge reported - repairs
due to be completed shortly! 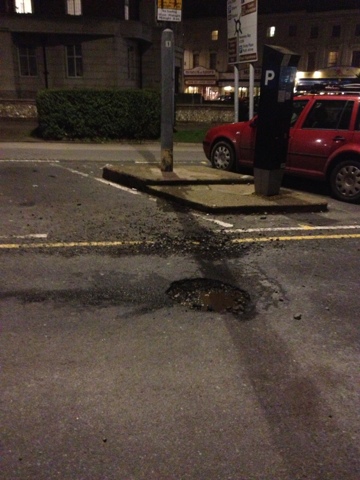 Above: One of multiple holes and general deteriorated road surface on Devonshire Place in Eastbourne Town Centre. A full resurfacing is due to take place in April but an interim repair has been completed on the worst holes to protect road users before the main works start. 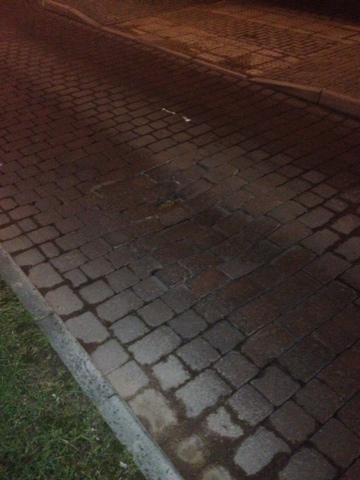 Above: A repeat of sunken road surface on Pacific Drive, Sovereign Harbour North along with a nearby pot hole has been reported and inspected thoroughly as there is some history of issues and repairs completed before the road was adopted. Given the nature of the unique block paved finish, consultation with residents and elected Councillors in the area is being undertaken to provide the best long term solution with the aim of preventing a reoccurrence and ensuring that the
appearance of the area is maintained and preserved.
These represent just a snapshot of the issues taken up by my colleagues and I but please be assured that with pot holes being repaired at a rate of over 400 per day now, more large scale resurfacing works being completed, increased focus on quality inspections and real time feedback given by Councillors, Highway Officials expect us to see a marked improvement in the near future. I for one will not be relenting in my positive and challenging stance in tackling the problem until the work of #PotHolePatrol is done.﻿
Posted by Cllr Patrick Warner at 05:48