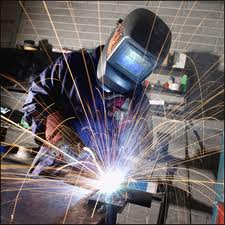 With the world around us changing, we will only succeed in the global race when everyone is given the chance to reach their full potential.

This figure represents an 86 per cent increase in apprenticeships compared to Labour’s last year in power.

Conservatives in Government are investing more in apprenticeships, funding 250,000 than the last government planned, and developing them to allow opportunities for progression to further learning.

We have established a £25 million Higher Apprenticeships Fund, to support up to 10,000 degree-level apprenticeships in areas such as aerospace and renewable energy technologies.

We are also making it easier for employers to take on apprenticeships by cutting the bureaucracy involved and ensuring that every employer is able to advertise a vacancy within one month of deciding to take on an apprentice.

We are encouraging more young people to become apprentices and are offering employers with fewer than 50 employees up to £1,500 for taking on an apprentice between 16 and 24 years old. The latest figures show that the number of people under 25 starting an apprenticeship has increased by 52,000 between 2009-10 and 2011-12 – this is equivalent to an extra 142 young apprentices every day.
Posted by Cllr Patrick Warner at 06:56