MP sets up his own Apprenticeship scheme in House of Commons

A Conservative MP has taken practical steps to tackle unemployment by setting up his own apprenticeship scheme in the House of Commons.

Robert Halfon became the first MP to take on a properly accredited apprentice to help him and now, thanks to his Parliamentary Academy, another 20 MPs have also hired young people.

Mr Halfon, who won his Harlow seat in 2010, is now on his third apprentice. “It was in 2009 that I was working with these young people who were problem kids and they just couldn’t find opportunities,” he said.

“When I spoke to them they all said that what they wanted was an apprenticeship. It turned out they could get the odd interview in Leeds or something but that was no use when they were living in Harlow. They needed a real opportunity to give them a chance and hope.

“I made my maiden speech in Parliament on apprenticeships and the need for more after they had dwindled in previous years to almost zero and how they were as important as degrees for young people. All the emphasis had been put on universities and this wasn’t right for a lot of young people who were being denied the chance to move on.

“Then I thought, this is ridiculous. Here I am talking about this but I should have one in my office so I spoke to Harlow College and a local businessman and now I have the third apprentice going through the course and working for me. The first went on to university after passing through the apprenticeship with me and the second went into teacher training. The first had been doing nothing except the odd temporary job and the second was working in a coffee shop.

“They both needed more practical learning and spent one day at college, three days in Parliament and one in my constituency for the 18 months of the level three apprenticeship, equivalent to an NVQ.”

The latest apprentice Aaron Farrell is 18 and was studying for A-levels at college when he applied for the business administration apprenticeship.

“This is an amazing opportunity and is the perfect way of learning for me,” he said. “While my friends are racking up massive debts at university, I am learning different skills in a high-pressure environment and I can always go on to university afterwards.”

The apprentice minimum wage is £2.65 an hour. However, to reflect the cost of living and commuting in London, MPs are asked to pay at least the national minimum wage for adults of £6.19 an hour. Some pay the London Living Wage of £8.55 an hour.

Aaron is paid for his day-release in Harlow College every Thursday but not every MP does this.

Funding is very limited but the Parliamentary Academy gets some help from the charity New Deal of the Mind, and Westminster Kingsway College.

Outside Parliament the latest figures show that in 2011 457,200 youngsters were apprenticed, up 63.5 per cent on 2010, providing hope for thousands of pupils leaving school.

So far £18.7million from the Higher Apprenticeship Fund is helping to create 19,000 higher level apprenticeships. Around 250 employers, including Leyland Trucks, Burberry, TNT and Unilever, are participating.

More than 100,000 employers offer apprenticeships in more than 160,000 locations. There are nearly 250 frameworks and more than 1,200 job roles available, covering a range of skill levels and occupations such as dental nursing, graphic design, horticulture, electric vehicle engineering, advanced photo imaging and advanced creative and digital media. 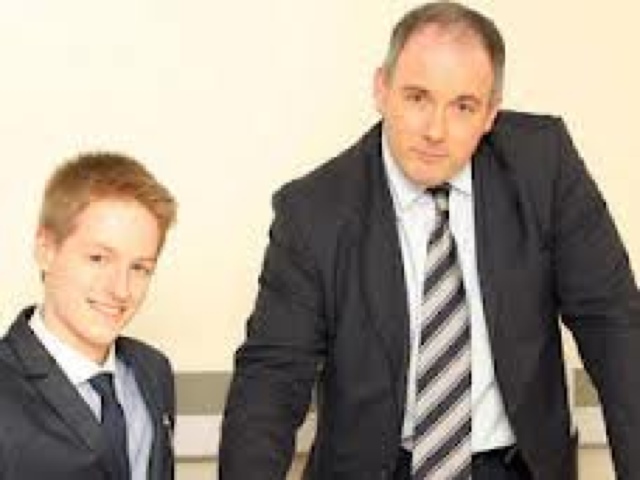 Posted by Cllr Patrick Warner at 02:03