Justice Secretary Chris Grayling says he smacked his own children when they were young and has defended the right of parents to smack.

The Conservative minister, who has two grown-up children, told the Mail on Sunday smacking young children sometimes "sends a message".

He said it was to be used occasionally but he did not hanker for when children were "severely beaten at school".

He also spoke about prisons saying they should be "spartan but humane."

Parents in the UK are not explicitly banned from smacking their children.

But the 2004 Children's Act removed the defence of "reasonable chastisement" for any child punishment that caused such injuries as bruising, swelling, cuts, grazes or scratches.

Mr Grayling, who is MP for Epsom and Ewell, told the paper: "You chastise children when they are bad, as my parents did me," he said.

"I'm not opposed to smacking. It is to be used occasionally.

"Sometimes it sends a message - but I don't hanker for the days when children were severely beaten at school."

Asked about prisons, he said he wanted them to be "spartan, but humane, a place people don't have a particular desire to come back to".

He said it was not "reasonable for prisoners to enjoy things that those outside on low incomes would struggle to have".

"My idea of prison is not sitting watching the Sky Sports Sunday match."

He said having access to a TV should be a privilege that is earned and he did not approve of prisons buying "state-of-the-art" kit when most people had to make sacrifices to buy them.

"It is not acceptable to allow same-sex couples to effectively move in together and live a domestic life," he said.

"If such a thing happened, I would want those prisoners put in separate prisons." 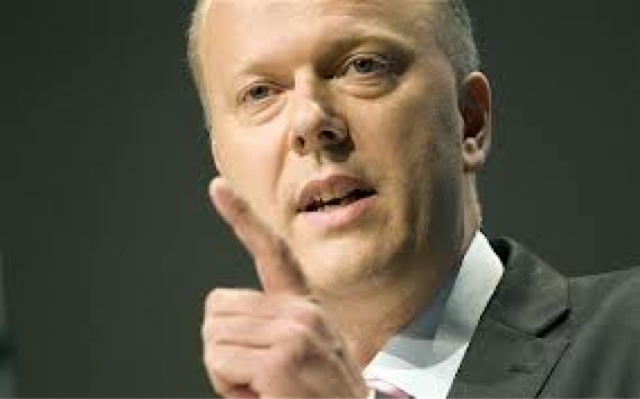 Posted by Cllr Patrick Warner at 00:55