Cameron's olive branch to the Church in Christian Christmas message

David Cameron adopted the most overtly Christian tone of any prime minister in recent memory with a Christmas address speaking of faith giving hope to “countless millions”.

Speaking at the end of a turbulent year for relations between church and state, he signalled a personal religious faith, referring to Jesus as “the light of all mankind”.

In language common in US public life but rare in British politics, he spoke of his own “hope and prayer” at Christmas while describing the Bible as “God’s word”.

He also hailed the euphoria of the London 2012 Olympics and Paralympics and the Diamond Jubilee as well as the dedication of the armed forces and emergency services as he emphasised that Christmas was an “opportunity to pause and reflect on the important things around us”.
Lord Carey, the former Archbishop of Canterbury, said Mr Cameron should be applauded for having “nailed his colours to the mast”.

Meanwhile the Church of England welcomed his reminder of the “true meaning of Christmas”.

But it comes after an almost uniquely acrimonious year for relations between the Coalition and religious groups which were dominated by the issue of same-sex marriage, which pitted the Church of England and Roman Catholic Church directly against the Government.
The Government’s failure to support Christians seeking the right to wear cross in a case at European Court of Human Rights also led to accusations that the Government had turned its back on religion.

One leading Catholic bishop recently likened Mr Cameron to the Roman emperor Nero, who sanctioned the persecution of Christians, while evangelicals accused the Government of running its consultation on same-sex marriage “like an election in a tinpot state”.

Last week the former leader of the Catholic Church in England and Wales, Cardinal Cormac Murphy-O’Connor, said he wondered whether Mr Cameron’s “steadiness of purpose” could be trusted.

And at midnight mass tonight the Catholic Bishop of Shrewsbury, Mark Davies, will draw direct comparisons between Government plans and the ideologies of Nazism and Communism, which he will say, threatened “Christian civilisation” in the name of “progress”.

Religion has long proved a thorny subject in British politics. Tony Blair, spoke little of his own faith while in office, while his communications director Alastair Campbell famously said that Downing Street did not “do God”.

Mr Cameron has previously described his faith as “a bit like the reception for Magic FM in the Chilterns” meaning that “it sort of comes and goes”.

He said he was both “racked with doubts” but “sort of fundamentally” believes.

Mr Cameron attempted to build bridges with the churches earlier this year, including sending a high profile delegation to Rome to meet the Pope where Baroness Warsi spoke out against “militant secularism”.

In a personal message issued by Downing Street, Mr Cameron described 2012 as “an extraordinary year for our country” both cheering the Queen “to the rafters” and “showing the world what we’re made of” in the sporting arena.

"But Christmas also gives us the opportunity to remember the Christmas story – the story about the birth of Jesus Christ and the hope that he brings to the countless millions who follow him,” he said.

"The Gospel of John tells us that in this man was life, and that his life was the light of all mankind, and that he came with grace, truth and love. Indeed, God’s word reminds us that Jesus was the Prince of Peace.”

Singling out the dedication of servicemen and women on deployment in Afghanistan and elsewhere and the emergency services, he said: “When we are celebrating with family and friends, they and many others are all working on our behalf and deserve our thoughts and appreciation.

“So however you celebrate this time of year, it is my hope and prayer that you have a happy and peaceful Christmas.”

Lord Carey, who has been one of the most outspoken opponents of Mr Cameron’s plans to rewrite the marriage laws, said the Prime Minister should be applauded for the overtly Christian tone of his message.

He said that, despite their disagreements over marriage, he believed that the Prime Minister as a “good man” with a sincere faith.

“I’ve never doubted that,” he said.

“There are Christians who disagree with me on marriage and one has to respect people who come at it from a different point of view.

“My complaint is that politicians have been so reticent about their own faith so it is terrific when a prime minister nails his colours to the mast in that kind of way.

“It is a good reminder from a senior politician that there are values that transcend us all.
“I think he is a good man and he deserves our encouragement.

“Even if I think he is wrong on marriage this is a time to face up to the things that unite us.” 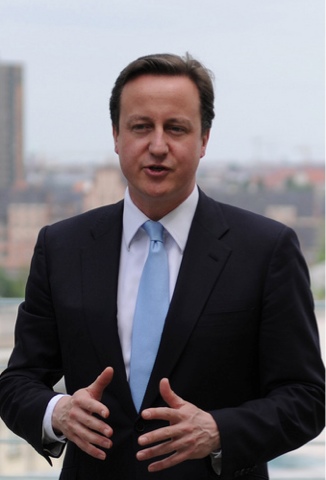 Posted by Cllr Patrick Warner at 14:17