Early indications are that local motorists could benefit from measures outlined in the Chancellor of the Exchequer's Autumn Statement.

Chancellor George Osborne has announced that the planned 3p rise in Fuel Duty which as due to take effect in January will now be cancelled - with fuel representing the one of the largest outgoings of most families spending not to mention cost drains on business up and down the country, this will be welcomed. If I were in Parliament, I would now be lobbying the Chancellor to scrap Labour's Fuel Duty Escalator completely and find a way of cutting the extremely high cost of fuel duty further from every litre of fuel we purchase!

The Chancellor also outlined proposals to cut Government spending further in order to boost growth and jobs by investing in infastructure projects. This is to include a further £1bn to be spent on upgrading road networks. This should be welcomed and I would urge anyone who has not yet had chance to support the campaign to #upgradeA27now to do so! This is critical to turning around the appalling road safety record of this heavily congested road and unlocking the growth potential of Eastbourne and the surrounding towns and villages along the route.

The e-petition link is: http://epetitions.direct.gov.uk/petitions/42147

For more info about the campaign: http://cllr-warner.blogspot.co.uk/2012/11/see-what-you-can-do-to-support-campaign.html 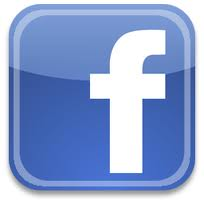