The incoming leader of the Church of England has released a message of hope, reminding the faithful of the true meaning of Christmas.

The Rt Rev Justin Welby, 56, current Bishop of Durham, becomes the 105th Archbishop of Canterbury in March.
He said: “In tough times like these, it can sometimes be difficult to focus on the positive; talk of recession, news of redundancies and reports of worldwide conflict grinds us down.

“However, Christmas is a time for celebration.
“The shepherds, poor as you could be even in those days, went to celebrate what had happened in a manger.
“Christmas has been associated with partying not only because the early church took over the festival of Saturnalia, which was traditionally a time for merrymaking, but also because what is being talked about is such good news. The best parties have something solid to celebrate, not just a desire to get out of one’s mind.

“The shepherds went to see Jesus and went away celebrating because God had come to be with them. “They were optimistic. Hope lived.”

He said he felt a sense of optimism when he saw people staffing food banks, sharing things. He said all of us could pop in on a neighbour or give something to someone who has had a rough year, “make space for them to have hope and joy”.

He said next year would be momentous for him, adding: “I did not seek the role but I will do everything in my power to ensure that I make a difference.”
Bishop Welby’s sermon will be tweeted as part of the Christmas Starts With Christ campaign. 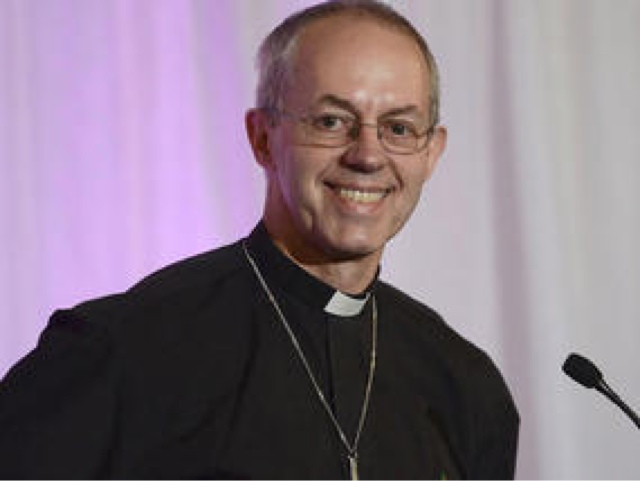 Posted by Cllr Patrick Warner at 01:31