Leftie Len the brainwasher - Union chief accused as he sends squads to sign up pupils, 15

Britain's top union boss has been accused of brainwashing after launching a secret bid to sign up schoolkids.

Unite leader Len McCluskey has set up a team of “union tutors” to target every 15-year-old in the country.

The hardline Left-winger has ordered his hit-squad to visit secondary schools as part of a campaign to “educate, agitate and organise”.

But the move was last night branded a “scandalous” exploitation of young people.

He said: “While I do not ever advocate violence, neither do I preach obedience to the law at all costs.”

Unite has compiled a “schools pack” to teach kids how to “stand together” and fight “cuts and attacks”.

Union activists would have to seek permission from staff to be allowed to enter schools or youth clubs. But critics fear it could easily be granted in many schools, where teachers’ union membership is strong.

Mr Williamson said: “Parents do not want their children being indoctrinated by Left-wing radicals at school.

“Ed Miliband must condemn this Soviet-style campaign to infiltrate our education system, and reject the extremist policies of his union paymasters.”

The catch-’em-young drive will embarrass Mr Miliband, who relies on Britain’s biggest union for funding.

Unite bankrolled his leadership campaign to the tune of £100,000 and has donated £7.5million to the party in two years.

Mr McCluskey declared at the time that he would only fund the party if it backed his favoured policies.

A Unite spokesman said: “Trade unions are a fundamental part of a civilised society. Young people should be able to learn about their history and their rights.” 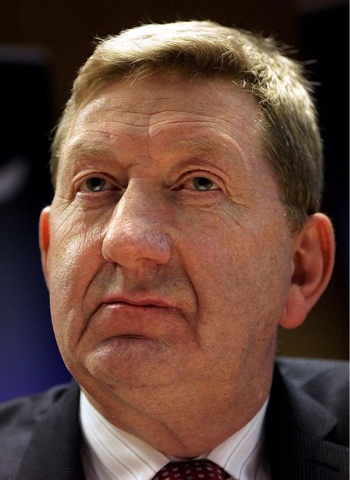 Posted by Cllr Patrick Warner at 13:20