Environmentalists have been warned they will lose a battle against a road through the Sussex countryside.
The road between Hastings and Bexhill was judged economically questionable by civil servants and campaigners have been fighting it for more than two decades.

As contractors with chain saws moved in recently, protestors have taken to tree-houses and tunnels in an echo of the UK's 1990s road protests.

But East Sussex Council says there is no way they will halt construction.

The road is the first of about 190 schemes in the pipeline.

The Coalition government has resurrected many projects abandoned after confrontations at Twyford Down and Newbury brought brief celebrity to anti-roads activists like Swampy and Muppet Dave.

The Hastings scheme is particularly contentious because an assessment by civil servants in the Department for Transport (DfT) questioned whether it was worth the £100m cost.

East Sussex County Council, who proposed the road, argued it would save drivers' time, create 3,000 jobs with a new business park in a depressed area and open space for 2,000 new homes.

But in a report obtained under Freedom of Information civil servants says the true jobs figure may be probably half that.

It points out that 16% of business premises for rent in Bexhill are currently vacant and says 600 new homes could be created at no road-building cost to the taxpayer.

It says that the scheme is not justified on time savings and warns that the road will create new traffic pinch-points.

Campaigners believe that the civil servants advised against public spending on the road but were over-ruled by ministers. The DfT told BBC News that the advice had been redacted and would need to remain confidential to protect the impartiality of the civil service.

A Department for Transport spokesman told me: "There was a very difficult balance to be struck between the interests of regenerating the Bexhill-Hastings area and the impact the scheme would have on the environment. We decided that the link road plays an important role in delivering growth in the area."

Despite the campaigners' conviction, today's Hastings protest is relatively small compared with the epic road conflicts of the 90s which became a focus for a broader critique of the relationship between the environment and infrastructure economics.

A band of mainly young activists have set up tents and tree houses in Sussex. They are bolstered intermittently by scores of locals - many of them retired.

But campaigners are stretched across many potential sites for tree-felling. At the site I visited, they were outnumbered about three to one by yellow-jacketed police and contractors.

One protestor suspended 10m off the woodland floor screamed in apparent pain as he was prised from his rope net eyrie, handcuffed and squeezed into a harness before lowering him the ground to be arrested.

At the time of writing, the protest has seen 12 arrests: seven local people, five of whom are women aged 60 or older. One local in his 80s is said to have laid down in front of a digger.

Passions are high among the people trying to protect this unspoiled stretch of rolling Sussex countryside where they can still enjoy birdsong without a rumble of car noise.

A young campaigner, Abby Nicol, told me: "This road is a £100m gamble with taxpayers' money. We don't know if it will create jobs - we do know it will destroy this peace of this beautiful countryside for ever. Politicians should be spending this money on services that people value."

The campaigners are angry that the Coalition government appears to be ignoring long-standing advice from experts.

"It's a myth that roads help congestion," Ms Nicol said. "They just increase traffic. Somehow the government has subscribed to this myth again."

She and her colleagues have been studying tactics from protest literature produced in the 90s, including guides to resisting arrest in trees, and tunnelling to deter heavy machinery.

The leader of East Sussex County Council, Peter Jones, told BBC News: "It's the protestors who are squandering public money. We have won elections with this road in the manifesto. The protestors are anti-democratic. By delaying the road they have already increased costs by enough to fund a primary school."

Cllr Jones agreed that the hoped-for jobs are not guaranteed, but said the council has already attracted employers to run-down Hastings by improving business premises. "We believe that we will be able to do the same with quality premises in the new business park," he said. "The road will be built."

He said that the new homes to be built on farmland sold by Trinity College, Cambridge, would also attract young families to the area. But the housing is contentious, too, as campaigners say it will divert effort from refurbishing the many properties in Hastings in a state of decay.

In a recent survey 84% of respondents supported the idea of a link road between Hastings and Bexhill to relieve congestion. One taxi driver told me: "These people (the protestors) obviously don't have to drive these local roads. You can waste ages in traffic."

But at the entrance to the protest camp several passing locals shouted support from their cars. Another cab driver, Shirley Sanders, said: "We all have to put up with a bit of traffic. The new road will probably fill up anyway. We don't want a great big dual carriageway cutting across our lovely countryside."

One faint hope for the protestors lies with a local historian whose book claims that the Battle of Hastings was actually held on the route of the road near Crowhurst - a possibility dismissed as "ridiculous" by the council.

The Campaign for Better Transport, which supported the 1990s roads protests, hopes that the campaign in Sussex can succeed in galvanizing mass protests for other planned roads. They say there looks likely to be strong resistance to roads, including schemes in South Manchester, Durham, Norwich, Newcastle and Bexhill.

But so far the evidence from Hastings is not encouraging for them. Protest laws have been tightened since the 90s, roads have become politically valued for creating construction jobs, the Chancellor has made it plain that economic growth is number one priority, and the idea that roads will inevitably generate employment in the broader economy appears to have taken hold again. 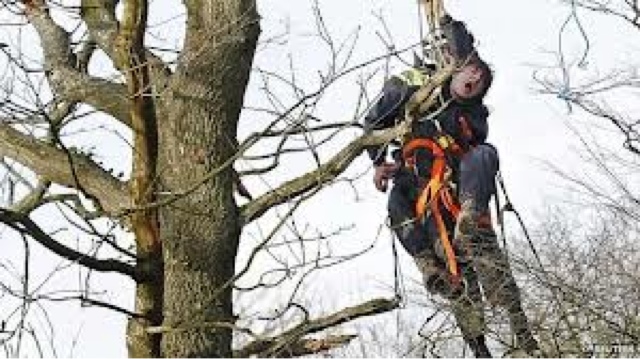 Posted by Cllr Patrick Warner at 09:07