While David Cameron puts his faith in the people, Ed Miliband clings rigidly to belief in the state


Perhaps the best part of David Cameron’s Europe speech was Tony Blair’s baffled reaction to it a few hours later. Why, Blair asked, would any prime minister be so vulgar as to propose a referendum and put the public into the equation? The way to work in Brussels is to have a quiet word with fellow members of the elite and cut a deal. By holding a popular vote, he continued, Cameron was in effect putting a gun to his own head and declaring: “If you don’t do what I want, I’ll blow my brains out.” To Blair, the British public are there to be invoked in speeches. To actually consult them is a form of suicide.
Absence, it seems, has not made the former prime minister’s heart grow any fonder of Britain or its voters. When seeking election in 2005, Blair did find it necessary to offer a referendum – as Cameron has – but he quietly tore that plan up, like a good European. Now his successor, Ed Miliband, promises to tear up this referendum pledge if elected in 2015. Germany’s biggest newspaper, Bild, brilliantly parodied Cameron’s critics: “Most EU countries have tacitly agreed to build Europe above the heads of the people,” it wrote. “The European project is simply too important for democratic participation. And then along comes this Cameron!”
All of a sudden, “this Cameron” finds himself armed with a very powerful question to ask his opponents at election time: “We trust the people. Why don’t you?” On schools reform and NHS liberalisation, Cameron can say that the Tories are in the business of taking power from the few and giving it to the many. Just as Labour opposes these changes, so it seems to shudder at the idea of what voters might get up to if left alone in a referendum polling booth. Mr Miliband seems just as terrified by the idea of patients choosing their hospitals or parents their children’s schools. Under his leadership, the Opposition has become the party that will do anything for the working class – except trust them.
There is a fatal flaw with Labour’s policies, as Blair – in his more lucid years – understood. Britain is losing faith in hierarchies of all kinds. Voters want choice and power. It is difficult to accuse Cameron of merely appeasing the swivel-eyed wing of his party, given that a referendum removes the decision from the hands of any political party and leaves it up to 46 million voters. The Prime Minister has not, yet, been accused of shamelessly pandering to the British public – but it may just be a matter of time. His referendum has captured the mood of the age, while Labour seems trapped in the politics of the last century.
On the high street, a power shift has been under way for many years. From clothes to coffee to television to music, people want far greater choice – and will go to the companies that offer it. Those who fail to provide choice collapse. HMV was a fine music retailer and its stores may have stocked hundreds of different records, but consumers started to want to choose from thousands. The digital era makes choice almost infinite. The old hierarchies are being flattened. The BBC has lost its power over what we watch, and Marks & Spencer over what we wear.


At the same time, faith in elites has collapsed. A YouGov poll last November showed how police officers, politicians, union leaders and even school teachers are trusted far less than they were a decade ago. The old political proposition – vote for me, and I will fix things for you – holds less weight than ever. Barack Obama campaigned on precisely the opposite pledge. “I’m asking you to believe,” he likes to say. “Not just in my ability to bring about real changes… I’m asking you to believe in yours.”

Cameron understood all this from the outset, but has always struggled to articulate it. He had the right agenda, but kept giving it daft names. His first attempt was “Politics 2.0”, then “the Post-Bureaucratic Age” – both of which were instantly forgotten. “Big Society” came next, which is remembered, but for the wrong reasons. As an abstract concept, the “empowerment” agenda was an utter failure for the Tories. But steadily, in government, Cameron has been able to demonstrate what he means. So far he has given the chance of a better education to 10,000 families, and choice in health care to thousands more NHS patients. The decision to allow a vote on Europe fits in with an encouraging trend.

If Miliband wants to run for office in 2015 saying “trust me”, then good luck to him. He will be seeking votes in a country where politicians are considered about as reliable as cheap burgers. Cameron will run for office saying: “I trust you, and here is a referendum on Europe to prove it.” In this way, the EU vote is not just a tool of foreign policy, or party management. It can now be used as a symbol, showing that Conservatives tend to place their faith in the people, while Labour places its faith in the state. And this is not just political waffle, but the principle that has produced hundreds of schools and NHS clinics. And even the odd tax cut.

To Miliband’s Labour, the notion of trusting people means worrying unpredictability. Stephen Twigg, the shadow education spokesman, talks with a bureaucrat’s dread about the “chaos and waste” of dozens of new schools opening at a time when there are still – damn it! – places to fill in bad ones. When Ed Miliband denounced the health reforms as a “free-for-all”, it was as if everyone shared his horror at the concept. The Prime Minister can now rightly claim that the Conservatives are the party to whom “free-for-all” is a boast, not an indictment.

Fraser Nelson is Editor of 'The Spectator’ 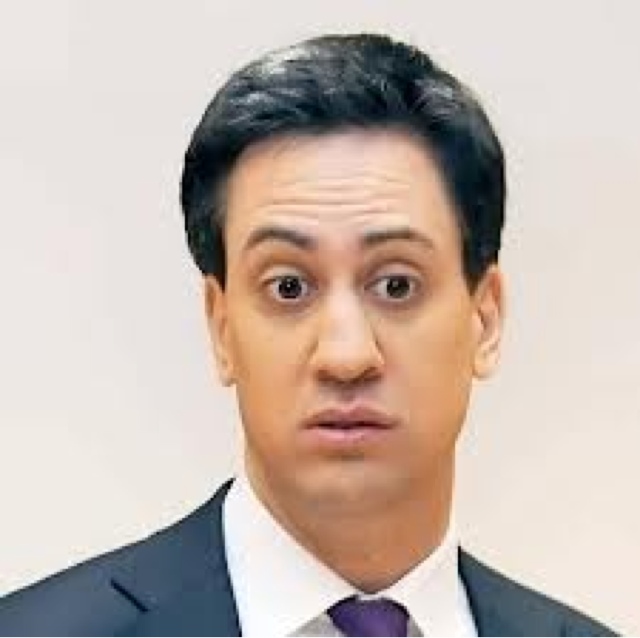 Posted by Cllr Patrick Warner at 05:18