I sometimes feel that Conservative Party members don't take their role sufficiently seriously in terms of contributing to policy. However, the excruciating self importance of Lib Dem policy group members is hardly something one would wish to emulate.

Over at Lib Dem Voice a group of them are grumbling, having been provoked by Nick Clegg's recent speech on immigration. They seem to think that decisions on governing the country should wait upon the Deputy Prime Minister obtaining due authority from the gaggle of bearded sandal wearers at his Party's annual seaside gathering.

As members of the body setting up a review of Liberal Democrat policy on immigration and identity under Andrew Stunell MP, or members of the review itself, we feel the need to put a few facts in the public domain following Nick Clegg’s speech on Friday.

It would have been helpful had we been made aware of the contents in advance. It would have been very helpful if members of the Policy Working Group had been sent an embargoed copy of the speech the night before.

This is not just procedural fuss pottery. They are also objecting to the substance of what Mr Clegg was saying. In his speech Mr Clegg said he wanted to ditch the Lib Dem policy of giving an amnesty to illegal immigrants.

He said:
It was seen by many people as a reward for those who have broken the law. And so it risked undermining public confidence in the immigration system. The very public confidence that is essential to a tolerant and open Britain. That is why I am no longer convinced this specific policy should be retained in our manifesto for the next General Election.

The policy of an earned amnesty to speed up the regularisation of the immigration status of those here illegally who have abided by the law, and want to contribute to our society by paying taxes and taking part in the democratic process – a policy championed by Nick himself – remains Liberal Democrat policy until our Conference decides otherwise. Unlike the other two parties, we do not believe in top-down policymaking by diktat.

In his speech Mr Clegg stressed the importance of those living here being able to speak English.

The Government currently spends tens of millions of pounds on translation services and materials. And, of course, people should get help, if they need it to understand what their doctor is saying, or how to sign their children up for school, or what's going on at a court hearing.

But there's a missed opportunity here to improve people's English so that, in the long term, they don't need those translators and the taxpayer spends less.

He notes approvingly that in 2011 the Government "introduced powers for Jobcentre advisers to mandate people on job-related benefits to learn English if their level of language skills is stopping them from finding work."

Where people need a translator to interact with services, I've asked Mark Harper, the Immigration Minister, to look at whether we could refer them onto an English language course. And, if people refuse to stick with those courses, we should consider making them pay for their translation services instead. To a lot of people, that’s just common sense.

To a lot of people it is common sense. But not his critics from his Federal Policy Committee. They say:

Have the implications and practicalities of “going on an English Language course” for those needing translation been thought about, and is the terminology even right? The biggest need is for an interpreter not translator anyway. However the public will now think that this is our policy, and it would have been so much more helpful if the suggestion could have been put to the working group in advance.

For good measure they add:

The debate on immigration in this country has been unhealthy for too long. That the sudden surge of interest by party leaders appears to have been triggered by short-term expediency is a symptom of that.

Those living here, and unable to speak English, are at a disadvantage in seeking work. Thus for those who are unemployed and on welfare, a requirement to learn English is eminently reasonable. If Mr Clegg is getting flack from his Party even on this point then we can see the difficulty he is in.

It is worth noting that the views of Lib Dem activists are not in line with Lib Dem voters. This YouGov poll from earlier this month includes the following points. It found that fewer than half of Lib Dem voters felt that most immigrants "play a positive role." Asked if they would agree with a change so that "non-emergency treatment is only available to people who have been resident in Britain for a fixed period of time, such as a year", 65% of Lib Dems said yes. Asked if "entitlement to benefits and healthcare in Britain should only be open to people who have paid taxes in the past, even if it means some needy people go without", there was the support of 79% of Lib Dems.

Contrary to the majority of Lib Dem (and Labour and Conservative voters), I estimate that most immigrants (those born abroad but living here) do make a positive contribution. But, of course, lots don't. Lots of them (as well as lots of those born here) are trapped on welfare. The trap is tighter for those who don't speak English - nearly a million of us. David Cameron, Ed Miliband and Nick Clegg all accept this.

More broadly, we should shift the debate on immigration from being pro or anti immigration to looking at what each individual wishing to live here has to offer. It means shifting away from race towards economics. That involves welcoming entrepreneurs and scientists but not welfare tourists. That is a change that true liberals should welcome. Sadly it seems not to be a vision shared by the Liberal Democrats Federal Policy Committee as they absorb themselves in procedural spats. 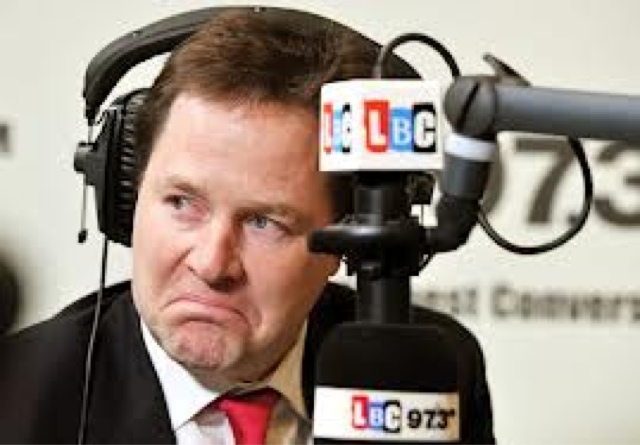