Eco-friendly electric race cars could compete on the streets of London next year after the capital was included on a provisional calendar for the inaugural Formula E season. 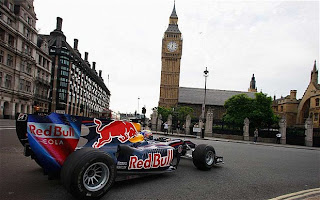 Sanctioned by the FIA, the Formula E series is designed to showcase advances in eco-friendly high-performance cars. Ten hosts cities have today been named by the FIA, with London being joined by Rome, Los Angeles, Miami, Beijing, Putrajaya, Buenos Aires and Rio de Janeiro.


Mayor of London Boris Johnson said: "Zero emission world-class motor racing is a scintillating concept and I am hugely keen that London be involved in the birth of Formula E.


"It has the potential to highlight the impressive strides being made in the manufacture of electric vehicles and hosting a street race could also be of considerable benefit to our city."


Formula E also revealed that it has received interest in hosting street races from 23 cities in total. It is hoping to add two more rounds to the 2014 schedule ahead of having to submit a final calendar to the FIA for approval at the World Motor Sport Council in September.


Alejandro Agag, CEO of promoter Formula E Holdings said: "We are thankful to all the cities that have expressed their willingness to host our races.

Article via Telegraph Sport
Posted by Cllr Patrick Warner at 08:48