Little by little, progress is continuing to be made in building an unstoppable coalition of residents, businesses and elected representatives along the route of the A27 between Polegate and Beddingham, to support the campaign to lobby Government for investment for vital upgrades to this terrible stretch of road. 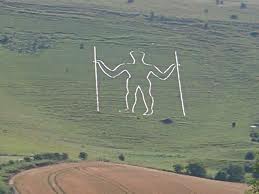 Following on from motion passed at Eastbourne Borough Council in December and most recently by East Sussex County Council in February, I have now been invited to go along and speak to members of Long Man Parish Council in Wilmington this coming Wednesday evening. Wilmington residents and businesses, like a number of other villages along the route suffer congestion and pollution when the A27 comes to a standstill but when the road is flowing normally, the high volumes of traffic create additional delays and pollution from those trying to get out on to the road and regularly cause serious accidents. If you serve on another Parish Council along the route or would like me to come along and discuss your concerns so they can be fed into the campaign, do let me know! 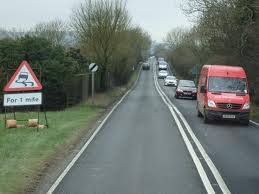 This morning whilst catching up on the Twitter news feed, I found an article in the West Sussex County Times by Nick Herbert, MP for Arundel & South Downs. Nick has met with fellow West Sussex MP's and County Councillors to campaign for similar improvements to the A27 in his area - you can read his article here: http://cllr-warner.blogspot.co.uk/2013/03/nick-herbert-mp-champions-west-sussex.html

Needless to say, I have been in contact with Nick today and we have agreed to see what both campaigns can do to support each other in the future to campaign for to these vital improvements to the A27 in both East & West Sussex.

In the meantime, if you have not yet signed the e-petition to call on Government to #UpgradeA27Now, click the following link http://ow.ly/1PGSPZ or to stay up to date with campaign updates, 'Like' the Facebook campaign page www.facebook.com/UpgradeA27Now or 'Follow' me on Twitter @CllrWarner
Posted by Cllr Patrick Warner at 07:45