David Cameron has won a deal to cut European Union red tape that he believes is strangling small businesses. 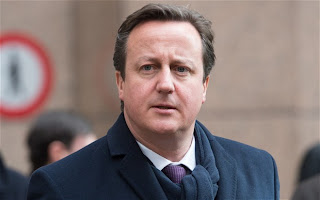 The Prime Minister wants an end to burdensome and unnecessary laws, such as safety rules for hairdressers and a directive on soil protection, as part of his efforts to make Europe more dynamic for British firms.


Over dinner in Brussels last night, EU leaders agreed a to bring forward "concrete" plans to cut bureaucracy by June.


Decisions on which regulations will be abolished are then expected to be discussed in the autumn.


In a joint statement at the European Council summit, the leaders said: "Further action is required to reduce the overall burden of regulation at EU and national levels, while always taking account of the need for proper protection of consumers and employees."


The statement promised detailed talks in the autumn on "the withdrawal of regulations that are no longer of use" and "the consolidation of existing legislation".
Posted by Cllr Patrick Warner at 06:32