Home Secretary Theresa May is today expected to meet her German counterpart to discuss "welfare tourism" ahead of the lifting of immigration restrictions at the end of this year. 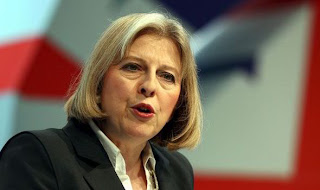 Mrs May's opposite number, Hans-Peter Friedrich, said more EU regulation was needed to prevent migrants settling in countries like Germany and the UK to claim benefits which are more generous than in their home countries.

"The right of free movement gives all people in Europe the opportunity to come to another country for work, for education, but it's not allowed to come only to Germany or to Great Britain to get social security," The German interior minister said today.

"That's the reason why we want to send people back and this is what we have to regulate in our European law.

"There is no problem when people are coming to Germany for work. That's what we want. But we don't want to have people coming only to get social security."

Reports have also emerged that Mrs May wants to pilot a new scheme that will require immigrants to pay an "entry fee" as they enter Britain.

The scheme is said to be part of a new incentive to guarantee that visitors from certain countries will not be a burden on UK taxpayers.

Meanwhile, Labour will today call for an end to student visitor visa loopholes that are allowing tens of thousands of people to enter the country as the party continues to reposition itself on immigration.

In a major speech, Shadow Home Secretary Yvette Cooper will say genuine international students are being blocked from studying in the United Kingdom while the short-term visas are being increasingly abused.

It comes after party leader Ed Miliband last night admitted in a party political broadcast that Labour had got it wrong on immigration when they were in power.

The Shadow Home Secretary is expected to concede the party should have been "ready to talk about problems" but it now knows "that needs to change".

She will also acknowledge that the impact of immigration must be properly managed so it is "fair for all".

Posted by Cllr Patrick Warner at 03:51