What a day to insult squeezed commuters

This was the day rail fares soared above inflation for the 10th year running. It was the day passengers were hit by further cancellations and delays after more than a week of economy-crippling disruption.

And this was the day Mr Baker declared commuters ought to pay extra to get to work on time, since rush-hour trains are a ‘premium service’. With jaw-dropping complacency, he added: ‘By and large, the railways are performing quite well.’

He should try telling that to the human sardines packed into countless services such as the 7.44am from Henley-on-Thames to Paddington – crammed to an average 180 per cent of its capacity.

Indeed, the only thing ‘premium’ about Britain’s rail system is the astronomical cost of using it, with some fares almost ten times higher than in Europe.

As season tickets have rocketed by more than 50 per cent in ten years, many now have to spend a third of their income just getting to and from work.

How can this square with the Coalition’s oft-repeated commitment to ensure that work always pays more than the dole?

To be fair, it was Labour that made inflation-busting fare rises the rule, while earlier governments can be blamed for the railways’ chaotic management structure.

Nor were current ministers the first to allow train operating companies to fall into foreign hands – which means that as the fares rise here, the profits fly abroad.

But more than half-way through its term, the Coalition has done nothing whatever to ease rail-users’ plight.

Indeed, it appears to have succeeded only in making a £40million fiasco of the West Coast Mainline franchise.

Mr Baker’s complacency is not merely horrendously insensitive to commuters and the poor who can no longer afford rail travel. It is also indefensible. 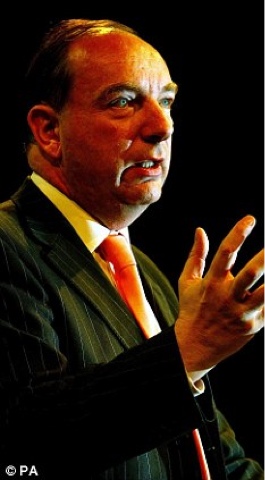 Posted by Cllr Patrick Warner at 13:40