'Bonfire Of The Quangos': Over 100 Bodies Gone

The Coalition says it is on course to make savings of £2.6bn with its cull of quasi-autonomous non-governmental organisations.
The Government's "bonfire of the quangos" has led to 114 public bodies being axed since it came to power, according to a Cabinet Office report.

But the Coalition has also created nine new quangos since the general election.

The most significant is the Office for Budget Responsibility, which produces independent economic forecasts for the Government.

Others include the Independent Commission for Aid Impact and the National Employment Savings Trust.

It warned they were based on "incomplete and imprecise" information. 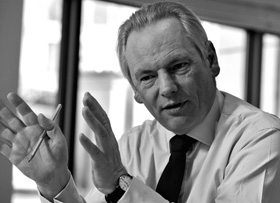 But in a report entitled Public Bodies 2012 Cabinet Office Minister Francis Maude insisted the "bonfire" is having the desired effect.

"By reducing duplication, waste and unnecessary bureaucracy departments tell us they are well on track to reduce the administrative cost of public bodies by at least £2.6bn by 2015," he said.

He went on: "Today's announcement shows we are more transparent about quangos than any Government before.

"But there is still a long way to go and our reviews will routinely test whether each public body is fit for purpose and providing the value for money that the taxpayer expects.

"We can also announce that the workforce numbers in scope of the Public Bodies Reform programme are projected to reduce by approximately 29% over the Spending Review period - more than was expected."
Posted by Cllr Patrick Warner at 08:03