David Cameron rejected calls to means-test winter fuel payments today, insisting he would stick to an election pledge not to cut state help for pensioners.

The Prime Minister stuck to his guns after ex-care minister Paul Burstow said all but the poorest OAPs should be stripped of the cash. In a report for the Centre Forum think-tank, the Liberal Democrat said the savings would help pay for long-delayed reforms to the social care system.
With austerity cuts starting to bite, there is mounting pressure for well-off over-65s to be stripped of the right to help such as fuel payments and free bus passes.
Deputy Prime Minister Nick Clegg has been pressing for a stop to universal benefits and Tory Charities Minister Nick Hurd urged rich pensioners last week to donate their fuel cash to charity.
It is worth £200 for the over-60s, rising to £300 for the over-80s.
But Mr Cameron, who made a commitment to protect such benefits central to his general election campaign, said he would not be budged.
"I made a very clear promise at the election that we would keep the winter fuel payments alongside the other pensioner benefits as they were, and that's a promise I'm keeping," he said.
Mr Burstow's call for the payment to be restricted to those eligible for pension credit - around a quarter - sparked warnings from campaigners that it could lead to more winter deaths.
Both the National Pensioners Convention and Saga said that at a time of rising fuel bills, the cash was key to some people being able to heat their homes. Mr Burstow has been a vocal critic of the failure to reform elderly care since losing his position in September's reshuffle, accusing George Osborne's Treasury of blocking progress.
The Government has indicated that it accepts the principle of a blueprint drawn up by economist Andrew Dilnot more than a year ago but cannot agree on how it should be funded.
Mr Burstow suggested costs could be cut by around £1.5 billion if individuals were asked to contribute £60,000 to their care before the state steps in, rather than the £35,000 Dilnot proposal.
Currently, elderly people in England have to contribute to their own care costs if they have savings of more than £23,000, forcing many to sacrifice their life savings and sell family homes.
"A cap at £60,000, plus a means test being lifted from its current £23,250 to £100,000, would actually cost about £8.4 billion in the life of the next Parliament," Mr Burstow told the BBC.
"We can meet that by having a trade-off between those currently receiving the winter fuel allowance and not receiving it in the future but actually that being targeted on the poorest and the savings being used to ensure the frail, those who have dementia, those that are disabled, can have the peace of mind of knowing they don't face those catastrophic care costs." He questioned whether it was right that 100,000 pensioners with incomes over £100,000 received the fuel payment, especially when many said it was spent on other things. And he said he hoped the Government would "finally face up to its responsibilities and take action" on the care reform issue.
Saga director general Ros Altman said means-testing payments could backfire by discouraging people from saving for their retirement in the first place.
And she warned lives were at risk. "Every winter, over 20,000 pensioners die of cold in this country and these 'excess winter deaths' would increase if more pensioners were denied their winter fuel payment," she said. "It is likely to mean more people deciding not to bother to look after themselves, since they see colleagues who may have chosen not to bother setting aside sums for the future receiving far more." Taxing the payments or raising the age of eligibility could be considered, she said, but the principle of universality should be protected.
Convention general secretary Dot Gibson said Mr Burstow's proposal would create a "costly and inefficient bureaucracy" which would discourage people who really needed the money from claiming.
"Taking money from pensioners who are trying to keep warm this winter on just over £10,500 a year will only create more fuel poverty and ultimately lead to more older people dying from the cold.
"Suggesting that these pensioners are well-off and should pay for the care of other older people is simply ridiculous."

Despite Lib-Dem protestations about them being the only thing that keeps the Coalition Government grounded and looking after those less well off, it seems that after this 'Pensioner Punishment' and Norman Baker's insensitive comments about train fare rises earlier this week, it might actually be the Lib-Dems who are in fact holding the Government back rather than grounding it!

With ever diminishing poll ratings and widening differences between public opinion Lib-Dem policy on so many issues, its not hard to see why many predict a wipe out for them at the 2015 General Election. However voters won't have to wait until then as there are County Council elections due in May 2013 when we will get the chance to give a flavour of the change we want to see! 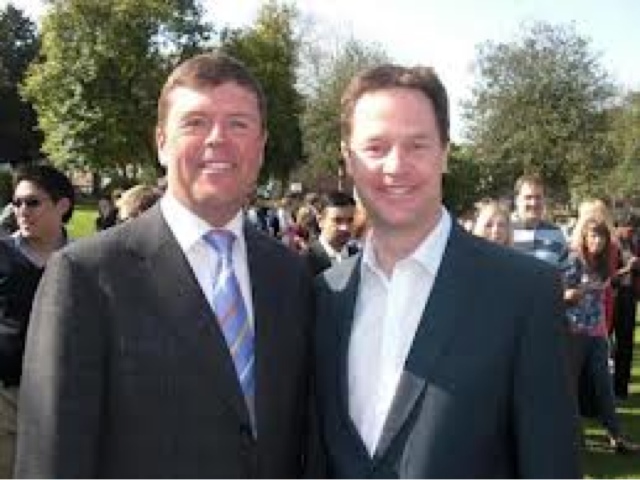 Posted by Cllr Patrick Warner at 02:45