Boris Johnson has beaten David Cameron, Prince Charles and Sir Bradley Wiggins to be named the most influential British man of the year, following his association with the London 2012 games.

The Mayor of London triumphed over a who's who of politics, royalty and celebrities in a list dominated by Oxford graduates and Old Etonians.

It is the second time he has been awarded the title, awarded by GQ magazine, beating the Prime Minister into third place behind Sir Jeremy Heywood, the Cabinet Secretary.

The news rounds off a successful year for Mr Johnson, who reached new levels of popularity after his involvement in the Olympic Games.

A series of public appearances, including being left dangling on a zip wire waving Union flags, brought him cheers from the same crowds which booed last year's winner, Chancellor George Osborne.

Other senior Conservatives in the top 10 are Michael Gove, the Education Secretary, in fourth, and Jeremy Hunt, the Health Secretary, in 10th.

Bradley Wiggins, awarded a knighthood in the new year honours and his fellow cyclist Sir Chris Hoy, reached 15th place, while Mo Farah, the athlete, made it to 34th following his two gold medals.

The Prince of Wales beat his sons into 12th place, while Prince Harry made it to 18th after a year that included serving his country in Afghanistan and the publication of naked holiday photographs.
A spokesman for GQ magazine said it had consulted with a "star chamber from various industries" that included Matthew Freud, the public relations executive, Shami Chakrabarti, director of the civil rights group Liberty, Sir Philip Green, the businessman, Sir Paul Nurse, president of the Royal Society, Sir Richard Branson, the businessman, and Hans Ulrich Obrist, codirector of the Serpentine Gallery.

She said that after the Leveson Inquiry, "untrammelled power like that wielded by Rupert Murdoch" had been replaced by "institutional scrutiny and new–media guruism".

"In reaction there has been a resurgence of the old guard," she said in a statement. "Meanwhile with the rise in power of web gossip factories, businessmen are much less willing to court the public eye. The flamboyant tycoons of the past have been replaced by more retiring figures."
Mr Johnson, a Daily Telegraph columnist, will be announced winner of GQ's Most Influential Man in Britain 2013 in its February edition, on sale tomorrow. 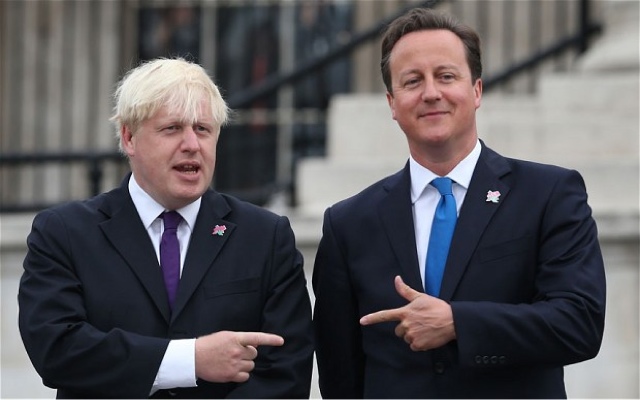 Posted by Cllr Patrick Warner at 06:14